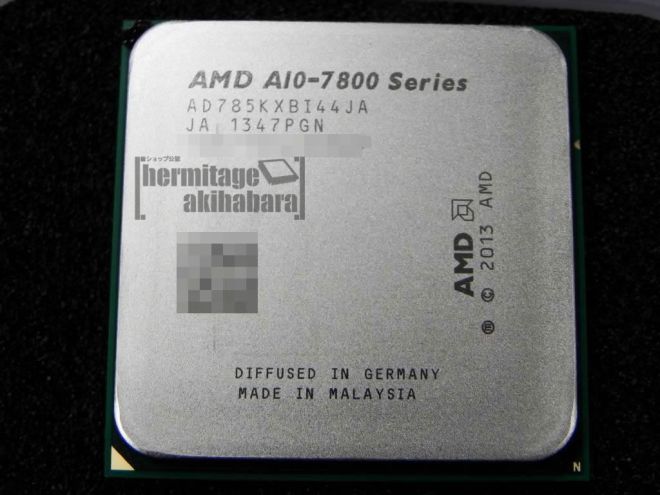 It is said that AMD A10-7850K Kaveri APU will feature four SteamrollerB CPUs cores and GCN 2.0 Radeon graphics with DirectX 11.1 and AMD Mantle support. The CPU is expected to be 20% faster compared to Richland while the GPU will have a 30% performance gain over Richland. Kaveri APUs have a major advantage over Intel CPUs in terms of graphics since they come with discrete Radeon graphics iGPUs.

We can see that AMD A10-7850K will be compatible with Socket FM2+ (906) and will come with 4 MB L2 cache. It will also house GCN 2.0 Radeon R7 graphics with 512 Stream processors and the new Turbo Core 3.0 technology. AMD A10-7850K is manufactured using the 28 nm process, other than that not much is revealed. However, the screenshot tells us that the software failed to recognize the AMD A10-7850K’s iGPU, therefore any accurate information cannot be provided. The A10-7850K is reported to be 40% faster than Intel Core i5-4570K in 3DMark and 8% in PCMark 8. The disappoint comes in terms of CPU performance which is measured through Cinebnech R15. 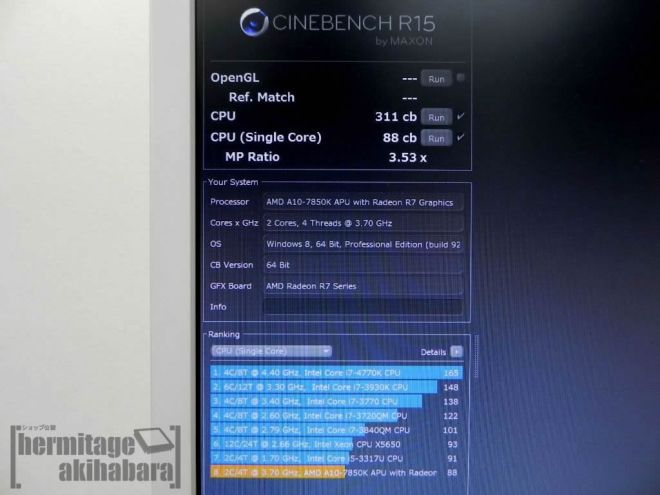 AMD A10-7850K managed to score only 88 points in Cinebench R15 which is even slower than Intle Core i5-3317U (Low Voltage) SoC. Intel’s Core i7 4770K scores nearly double compared to A10-7850K. As long as the SteamrollerB cores do not bottleneck the GPU and compromise the performance in games, I think its good to go. Lets just wait for real world performance numbers.