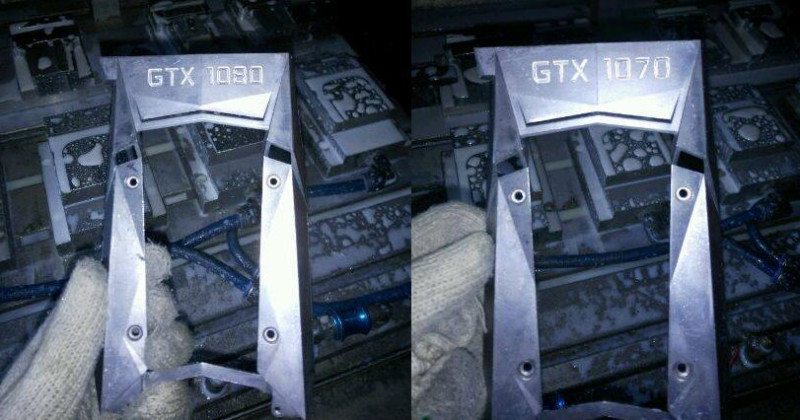 The latest graphics cards from AMD and Nvidia are on their way, and that means one thing, someone has them! The new cards are no doubt undergoing a lot of development, testing and manufacturing in various parts of the world, so leaked information is always inevitable. The latest batch of images show us what appears to be a new shroud design for the 1000 series of cards from Nvidia, namely their GTX 1070 and 1080 designs. 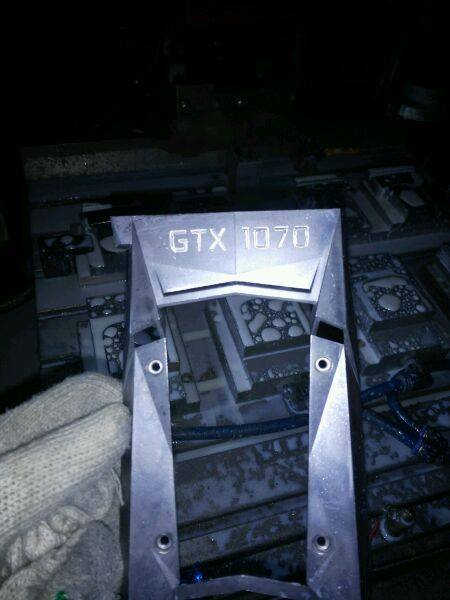 The revised NVTTM cooling solution design features a similar design to the current crop of cards,  but with a much more aggressive and angular design. Of course, we’ve seen many leaks in the past and for the most part these days, they’re often right on the money. However, after the whole Nintendo NX controller fiasco, we have to advice you all to take these images with one more pinch of salt than usual. 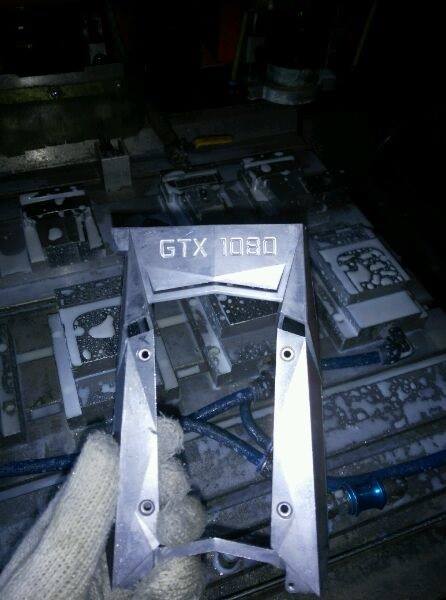 That being said, we’re about two months away from Computex, and only a week away from Nvidia GTC, so it makes sense that some cards would be getting produced, at least in terms of visual design, to be featured at these shows. Nvidia are going to want to show off something at their own event and Computex, it just makes sense.

You can see the metal housing in the images, as well as CNC machines and cutting fluid. Could this be an Nvidia production line, or just part of an elaborate hoax? My gut instinct is saying these are real, but with any luck, we won’t have much longer to find out the truth.

Are you looking forwards to the 1000 series of cards from Nvidia? Let us know in the comments section below.