Lets Get Ready To Robot Rumble! 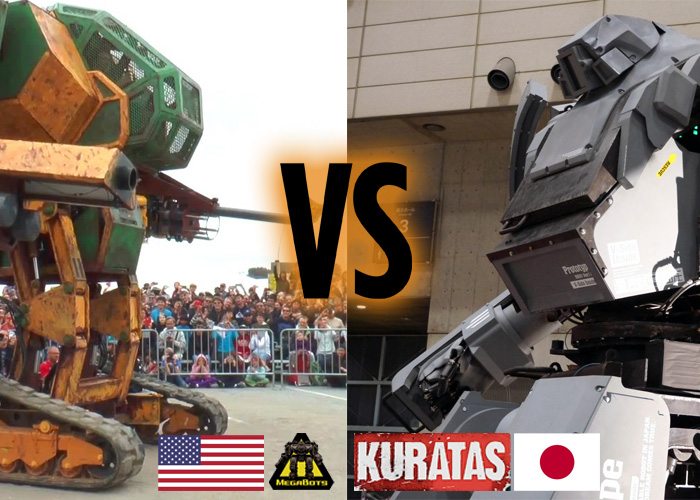 Gundam, Evangelion, Tengen Toppa Gurren Laggan. If you’ve recognised those three names, you’ll be aware of the thing they have in common. Giant Robots. In response to this we have aspired as a race to make giant robots, but now two companies want to take it further. They want to fight!

Suidobashi Heavy Industry, a Japanese based company, already announced that they had constructed the Kuratas. A giant four-wheeled (at the end of legs) robot capable of using its built in BB gatling gun to fire a whopping 6,000 pellets a minute! If that’s too violent you can also replace it with a water cannon, and it’s even up for being purchased!

Meanwhile across the water in the USA, MegaBots wants to create a sport behind fighting with giant robots. So what’s the sensible thing to do? Of course, challenge Japan to fight against their own robot! Designed as a giant bipedal (two legged) robot, the robot looks to copy those designs found in cartoons and anime.

With no set date or location, we can only wait for that moment where it’s revealed and suddenly it all becomes a reality. In his response though Kogoro did state that he wanted the fight to take place with physical weapons, not paintball or bb guns.

Thank you the Verge for the information.