Lexar Debuts the Largest Capacity A2 MicroSD Card Yet

Largest Capacity for an A2 Rated Card

Lexar is claiming that they have a 512GB MicroSD card which is the largest capacity in its class. They are referring of course to its A2 rating, which stands for Application Performance Class 2. These cards are generally ideal for smartphone use due to their IOPS performance, rather than just transfer rates. 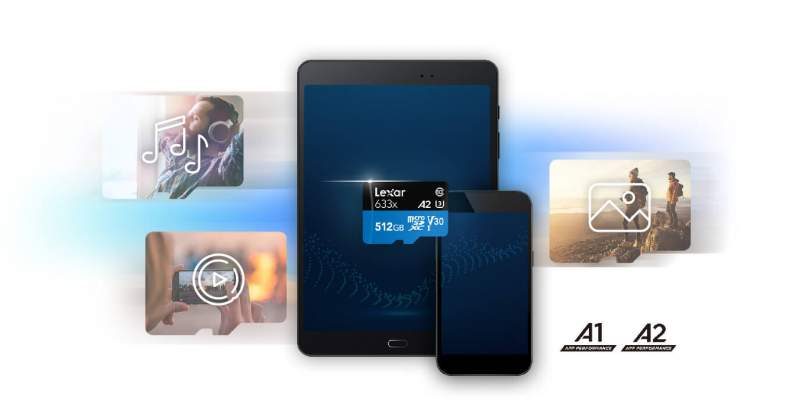 Other than the A2 rating, this Lexar 633x microSD card also carries the V30 rating. This means that it is capable of handling 30MB/s sustained write speeds. The drive itself is capable of up to 100MB/s read and 70MB/s write peak speeds. It should be comfortable for quickly capturing, playback, and transfer of 1080p Full-HD, 3D, and 4K video files.

According to Lexar, all their product designs undergo extensive testing in their labs with more than 1,100 digital devices, to ensure performance, quality, compatibility, and reliability. Which is why they are comfortable with providing a limited lifetime warranty for the 633x microSD card. Plus, a one year warranty on the SD card adapter included.