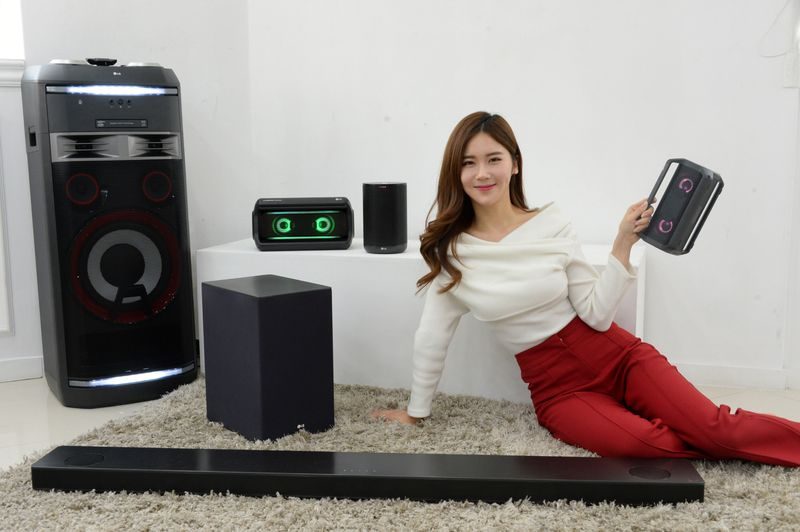 LG Electronics has announced a full line of Smart Speakers ahead of their CES 2018 showcase. According to the company, they intend to “change the way people think about home speakers”. Bold words from the company. Their impressive line seems to backup this claim however. Ranging from compact speakers with AI features and Dolby Atmos soundbars, LG has something for everyone looking for an audio solution. 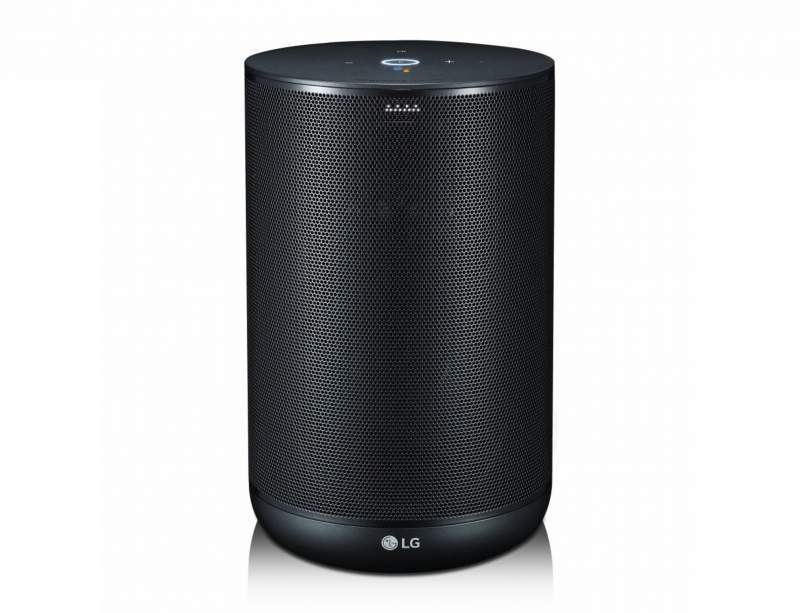 Among the lineup is the new LG ThinQ speaker. This is the company’s first smart AI audio product, made in cooperation with Google. Naturally, it comes with Google Assistant built-in. That means users can voice control a variety of compatible devices. Including LG’s range of ThinQ Smart Home products. 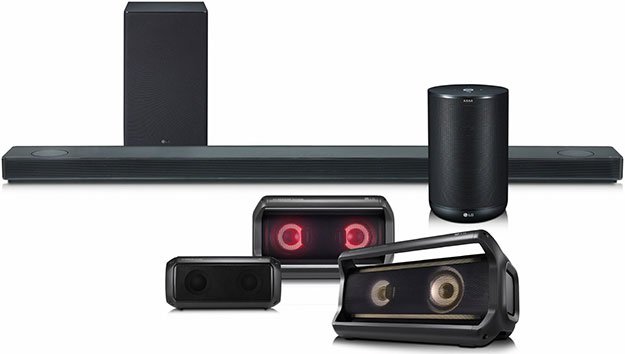 The new LG SK10Y sound bar delivers 550W of powerful output. It supports 5.1.2 channels by harnessing the power of Dolby Atmos technology. This speaker offers a unique technology which enhances realism by having the ability to place “sound objects” anywhere in a three-dimensional space. This nuance in sound texture is possible with multiple speakers which includes up-firing speakers that can throw sound with the height of the ceiling in the room. Immersive surround audio, just from a soundbar.

The LG SK10Y is also remarkably slim as well for the amount of features it packs. It even accepts voice commands and integration with other devices. This includes Google’s Chromecast and access to various audio and video streaming services.

At this point, LG is simply teasing fans what to expect at their booth. CES 2018 visitors will be able to check out LG’s latest lineup of speakers at the LG Booth in the Las Vegas Convention Center (Booth #11100, Central Hall) from Jan. 9-12.