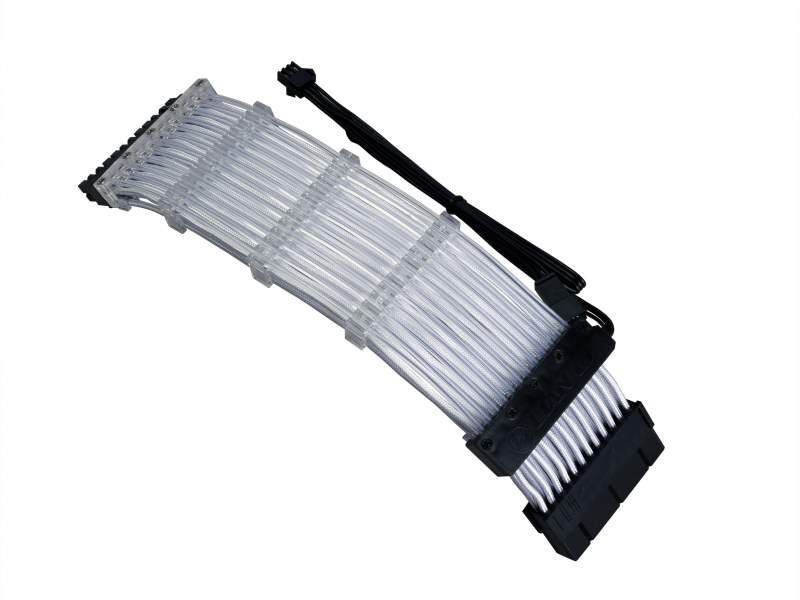 Finally Available for Pre-Order in the UK

Lian Li wowed Computex 2018 attendees with their new Strimer power connector cable. Unlike the typical power supply connector cable extensions, the Strimer’s wires have RGB LED lighting. Much like with Lian Li’s recent PC-011 Dynamic and PC-011 Air cases, the Strimer is made in collaboration with world-famous overclocker DER8AUER of Germany. 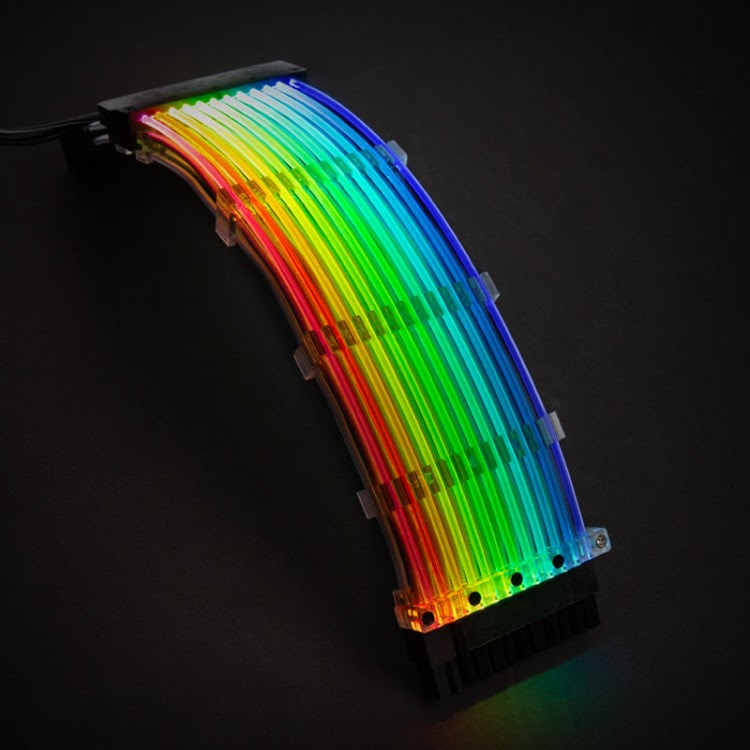 The Lian Li Strimer is customizable via motherboard software through an addressable header pin. Which means it is compatible with new digital LED headers. Most mainboard manufacturers include both an analog and a digital RGB LED header. However, the digital addressable LED allows for easier control, customization and configuration. Plus, each individual LED can have a different colour than the rest of the series.

Each extension is 200mm long and attaches to 24-pin ATX connector headers. It has connectors for a SATA power supply as well as a 3-pin RGB for digital addressable LEDs. Lian Li also includes a hardware controller which installs in an expansion slot for those who do not have a digital RGB LED motherboard header. 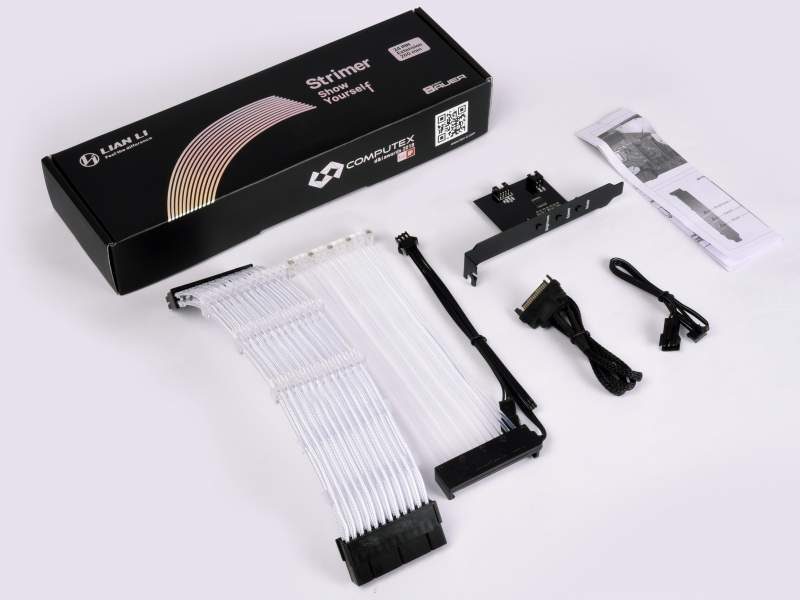 How Much is the Strimer RGB LED Extension Cable?

The Strimer RGB LED extension cable is now available for pre-order via OverclockersUK for only £35.99.