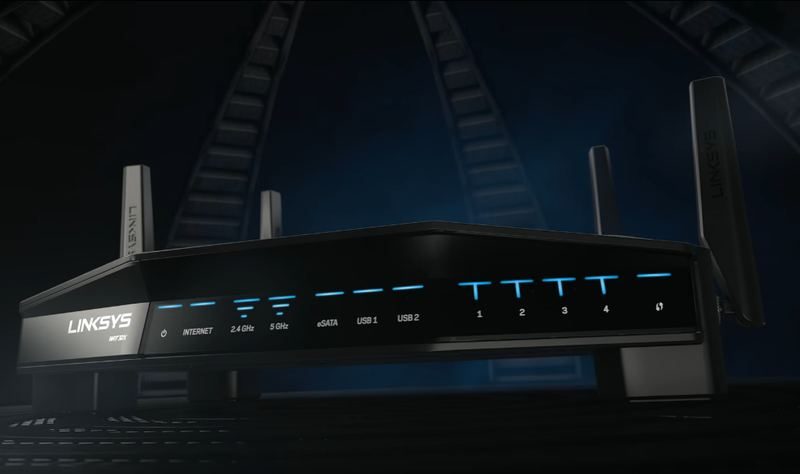 Linksys announced their newest router, the WRT32X. This time, the company didn’t make all of it by themselves, they teamed up with Rivet Networks, a company well known for their KillerNIC products. By combining Linksys’ experience in building quality routers with Killer Prioritization Engine (KPE), the WRT32X provides the only router truly optimised for high-speed gaming for users with Killer-enabled gaming PCs.

“Serious gamers are spending money on game play and expect to have technology that provides significant advantages to beat their opponents,” said Vince La Duca, global product manager at Linksys. “The Linksys WRT32X provides advantages that no other routers have – and that is the Killer Prioritization Engine. The router, when paired with a Killer-enabled PC, provides a powerful end-to-end connection to prioritize gaming traffic to reduce peak ping times up to 77%; Providing a real advantage for faster kills over opponents that use regular “so-called” gaming routers.”

There are a lot of gaming-branded products on the market that don’t offer any improvement to your gaming experience. However, that shouldn’t be the case here and especially not if you’re using a system with a Killer network connection.

The KPE optimises traffic for low latency and less lag. It ensures that the Killer-enabled PC’s gaming, audio, and video is fast and smooth. The router doesn’t forget about non-Killer systems and also manages their online traffic for uncompromised connection joy.

“Integrating Killer Networking technology to the WRT32X is a huge win for gamers,” said Bob Grim, vice president of marketing and business development at Rivet Networks. “For the first time, Gamers will have a router that is designed specifically to work with their Killer-enabled PCs to identify and prioritize important gaming network traffic and ensure their online gaming experience is fast and smooth no matter what else is going on in their home network.”

Linksys is known for their WRT devices, and the firmware usually looks the same. There are small improvements and features added over time, but the basics stay the same. That is a little different for the WRT32X which features a new and custom-built firmware. Not only is it new, but it is also an exclusive for the WRT32X router.

The GUI is used to promote important network settings for gaming, provide network usage statics. The GUI design will appeal to gamers, and it matches the edgy design of the WRT hardware. The new GUI also has a unified responsive design across the desktop, tablet and mobile device. 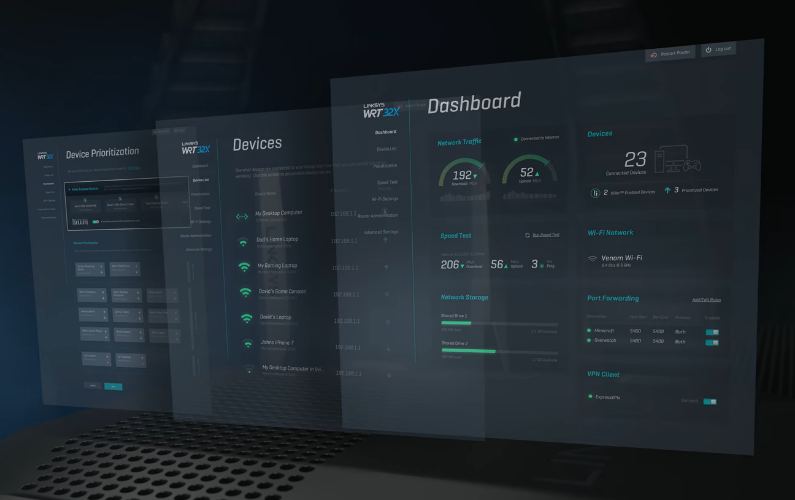 Users on a Killer-enabled PC will also now see a “router” tab on Killer’s Control Center App on the PC when the WRT32X is attached. Such a feature provides easier access to router KPE controls for settings while gaming without launching the router GUI. That’s truly an awesome feature, despite its simplicity.

You can already pre-order the new Linksys WRT32X, but the official launch isn’t until September. The asking price is USD 299.99, which isn’t cheap, but it’s more than fair when you look at what you get.