Moving in a little closer to the LGS108P and we first notice the general LEDs for PoE Max and the system itself. 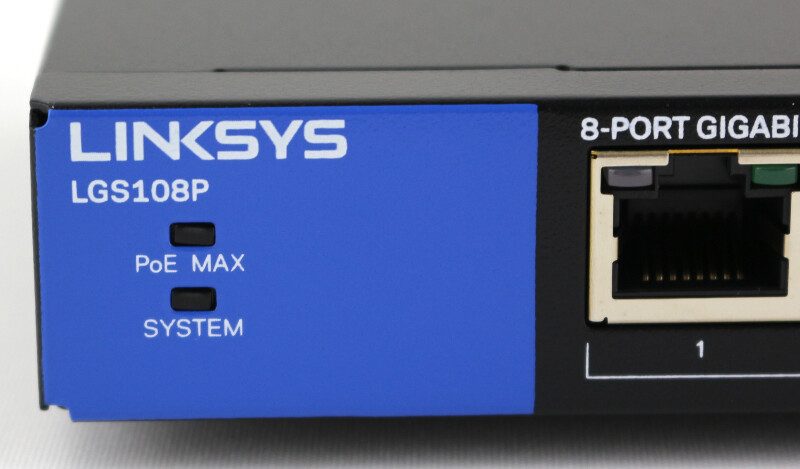 Next are the four PoE+ powered Gigabit Ethernet ports, each with their own link and mode LEDs.

Both sides feature air vents and one of them also has a Kensington Security slot.

The only feature on the rear of the switch is a plug for the power supply.

On the bottom are four relative big rubber feet that make sure your switch stays where you placed it and we also see the two holes used when wall mounting the DGS-108P. It can be mounted in all four directions, allowing you to place it just the way it suits your setup the best.