The Linksys WRT3200ACM features a classic WRT black-and-blue design with little difference to the previous models. I like this part as it is a great and effective design.

There are plenty of air holes at the top of the router to let the hot air escape and let it run nice and silently. The router also features raised areas on the top that makes it possible to stack multiple devices on top of each other without closing the air vents. 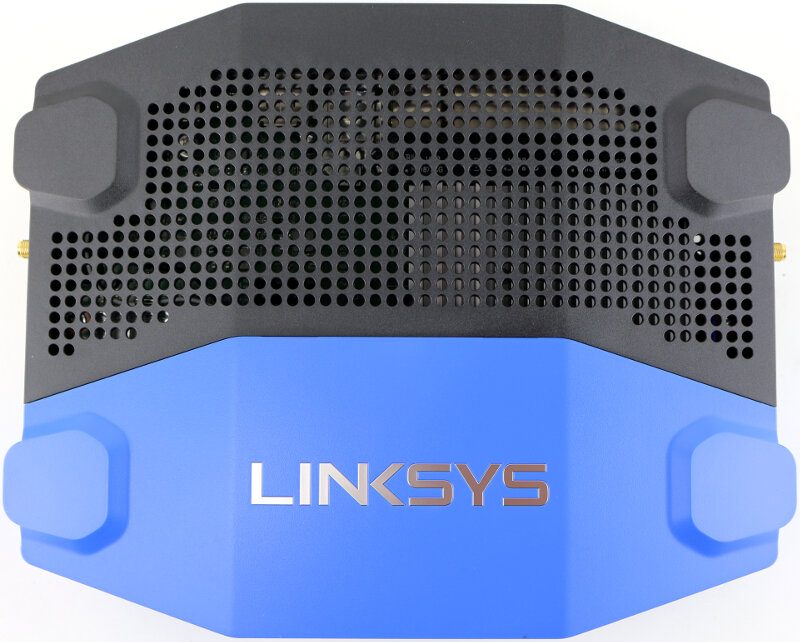 Speaking of stands, the router features four large feet at the bottom which will make sure that it stays where you place it – even if there’s a bit of cable pull or the surface isn’t perfectly level. The bottom is also filled with air holes, and now we understand why the router stays as cool as it does: No airflow problems.

The feet also double as wall mounting locations. Two to four screws, depending on how stable you want the mounting to be, and it hangs.

As always with these sort of devices, you will find a sticker with the serial number, MAC address, and pre-set wireless settings too. The latter are needed if you want to set it up via your mobile phone or another wireless device instead of using a wired connection. And let’s face it, not all homes have wired systems these days. A lot of people are using tablets and smartphones only. 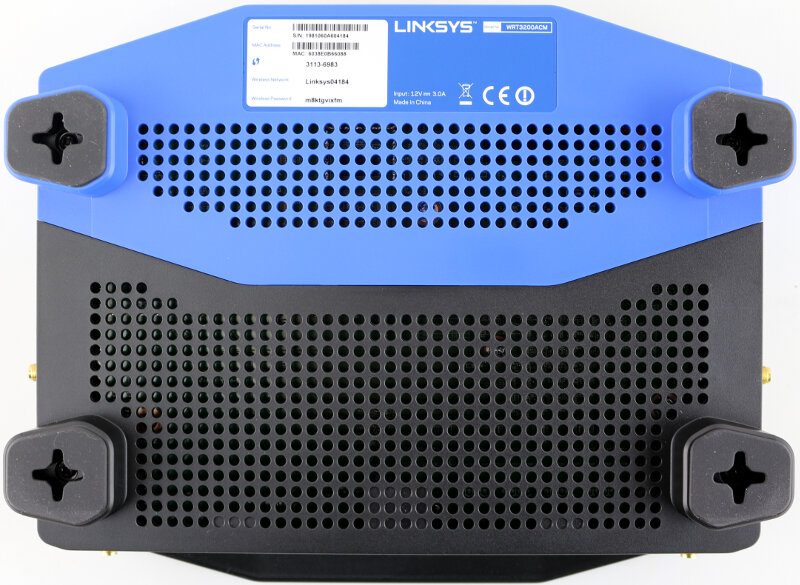 The sides don’t feature anything spectacular other than one antenna mount on each side. These are classic and default RP-SMA connectors which make it possible to install third party high-gain antennas too. Most people will never replace the included antennas, but very large homes and some office situation might require more power to reach all corners. 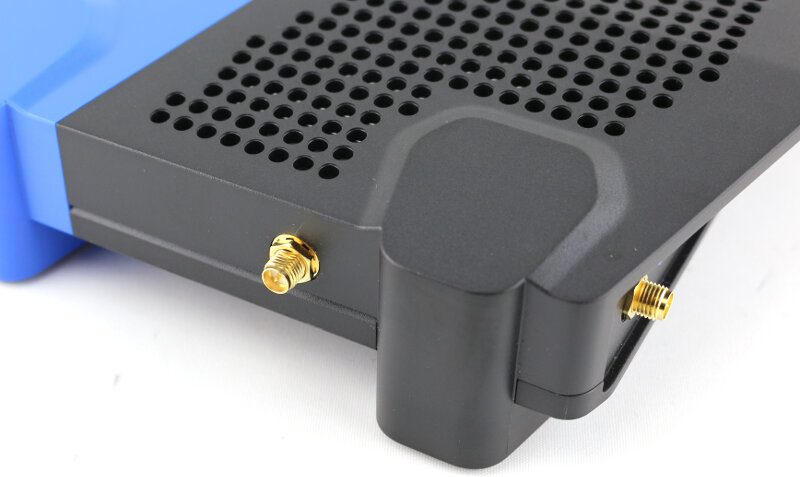 The other two antenna mounts are on the rear of the unit, one on each side. 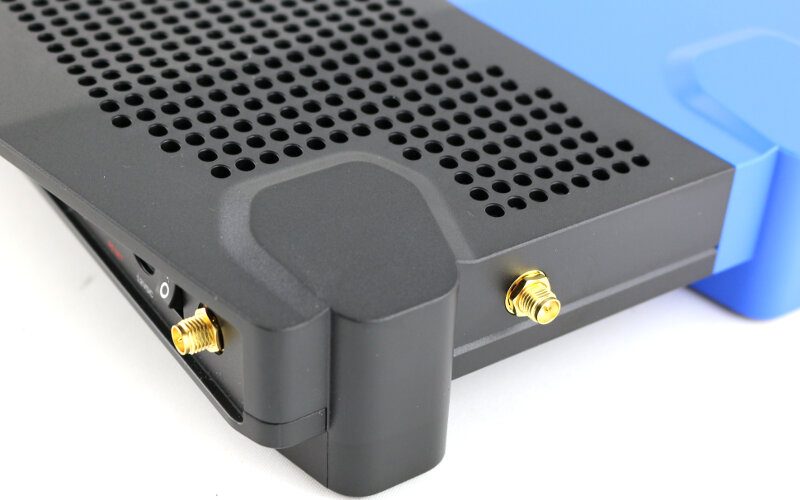 The four antennas that come with the WRT3200ACM can be angled at 45 degrees and 90 degrees or left straight. They are also turn-able all the way around at 360 degrees. No matter the placement, desktop, wall, or ceiling; you can angle the antennas properly.

All connections on the WRT3200AC are located on the rear side. All the way to the left is the WPS button followed by the four Gigabit LAN ports and the Gigabit WAN port.

The USB 3.0 and USB 2.0/eSATA combo ports are easily accessible and followed by the reset button. The reset button is seated inside the chassis so that you won’t reset it by accident. Last but not least, there is the 12V power in and a physical power button. Most people probably won’t shut their router down at all, but I like the addition and option to turn my devices off, in various situations, without having to unplug the power supply.

The WRT router’s design allows for another neat feature: The “cover” above the ports. It will give the router a better look when set up with cables in all ports and also protect the cables and connectors a bit more.

The front side has all the LEDs for power and status, internet and wifi, LAN and USB.