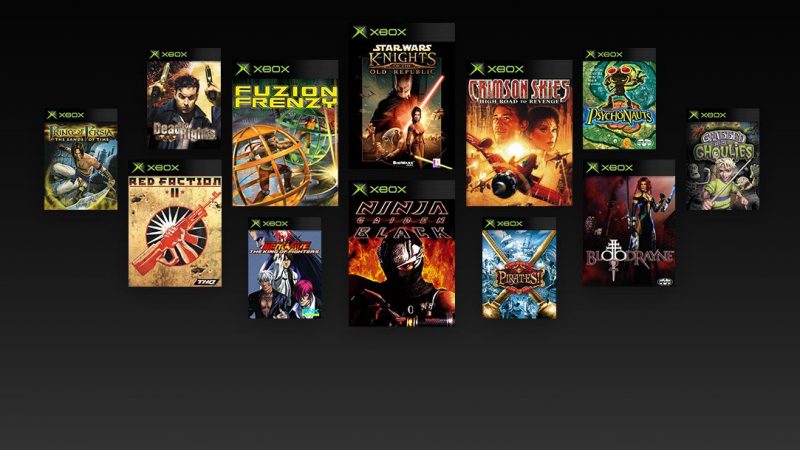 Xbox boss Phil Spencer promised backwards compatibility to the original Xbox during E3 2017 and it is expected before the end of the year. In fact, Reddit user /u/HiPanda123 noticed that the product pages for some titles have already begun appearing online. However, these pages are not complete yet and have broken links. Most likely because it is not official yet. To lend credence to these assumptions, Twitter user  @h0x0d has posted the image above showing cover art of the older titles. He is well known as a reliable leaker of Microsoft information so the photo is most likely from an upcoming promotional art material.

Here is a list of the games from that image:

It will be interesting how these older games adapt to the Xbox One. They lack official widescreen support for example. One thing that Spencer has confirmed howeer, is that these older games will not have Achievements.

The official Xbox YouTube channel has now begun uploading comparison videos showing the enhancements from some of the original games to the new Xbox One version. The first is Star Wars: Knights of the Old Republic, with other titles expected to follow.