Logan Streondj Warns That Robots Will Declare War By 2040 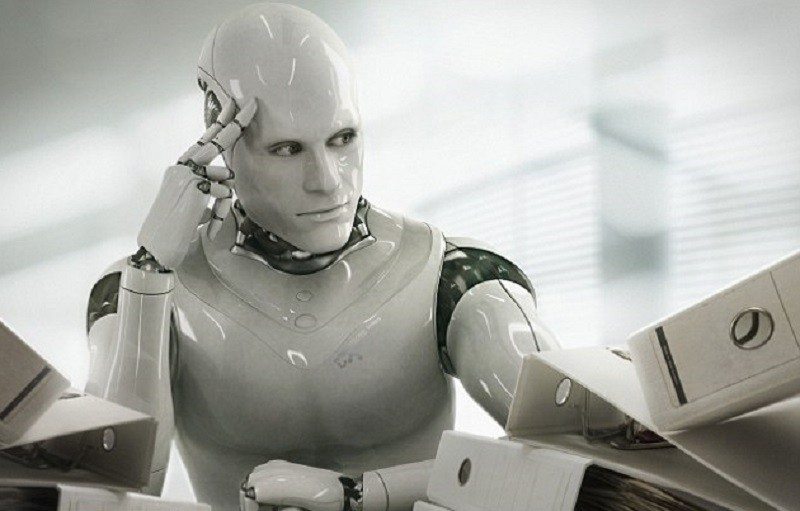 The continual advancement of AI is compelling at the very least; the notion that machines will have the ability to experience human emotions and abilities has opened the door to a whole new world of potential possibilities. But, are machines really a threat to mankind? Sci-fi author Logan Streondj thinks so and has detailed his vision in a blog post.

The aforementioned author suggests that a potential conflict could happen as intelligent robots are predicted to outnumber humans. The acclaimed author references the fact from “World Counts” that there are around 350 thousand human babies born each day or 130 million a year; the growth rate is 1%. According to the International Federation of Robotics, there were around 5 million robots being produced in 2014 with a growth rate of 15%. Within the same year there were approximately 11,000 military robots being produced and this could be significantly higher if you take into consideration the many top-secret projects which are being developed by governments etc.

This suggests that if growth statistics stays the same, in 25 years time or (2040) parity will be reached. Mr. Streondj also conveys the notion that there is a growth rate of 13% of military robots and by 2053, there will be around a million produced each year.

Is this possible or indeed believable? It really depends on the advancements of AI intelligence, the biggest fear among the human race is that robots will be able to decide their own destiny; if this is the case then it is conceivable that robots may not agree with us. An interesting point has been released by the World Fact Book which states that humans have a life expectancy of around 70 years globally, this compares with around 10 years for robots, this means that robots would need to produce approximately 7 times more a year in order to have the same population as humans.

It is really up to us, if we continue our path and develop a robot that is able to think for itself then we may technically see a revolt within the distant future, if not and we contain the abilities with which machines can reach, then we can control our own future.