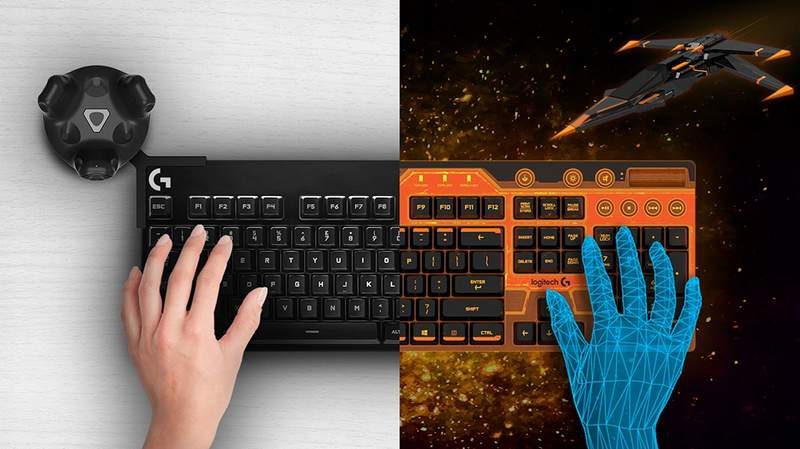 Peripheral maker Logitech is announcing a new keyboard. However, this is unlike anything they have done before. That is because it exists inside a Virtual Reality (VR) environment as well. This is part of their efforts to allow for typing experience within the VR environment without removing the head-mounted display. Called the Bridge, it is actually a software developer kit for app makers and software makers so that they can incorporate it in their work. The company is seeding 50 of these kits initially.  The kit contains a Logitech G gaming keyboard, an accessory that positions a Vive Tracker correctly on the keyboard, and the associated software.

Why Create the Logitech Bridge?

Text entry is still a necessity  in the VR environment, however keyboard use does not come naturally. That is because there is an incongruity with what you are seeing and what your are feeling. Your mind cannot “bridge” that divide. With the Logitech Bridge, it enables developers to create meaningful VR experiences while allowing for the same functionality if they are in a desktop typing. This is useful not just for games, but for other software as well, including the future of social media interaction and web browsing.

The kit is compatible with the HTC VIve and it actually uses a Vive tracker on the keyboard to match where the hands are. The SDK application is currently in BETA, but developers can submit an application in in order to participate. They have until November 16 to send the applications.