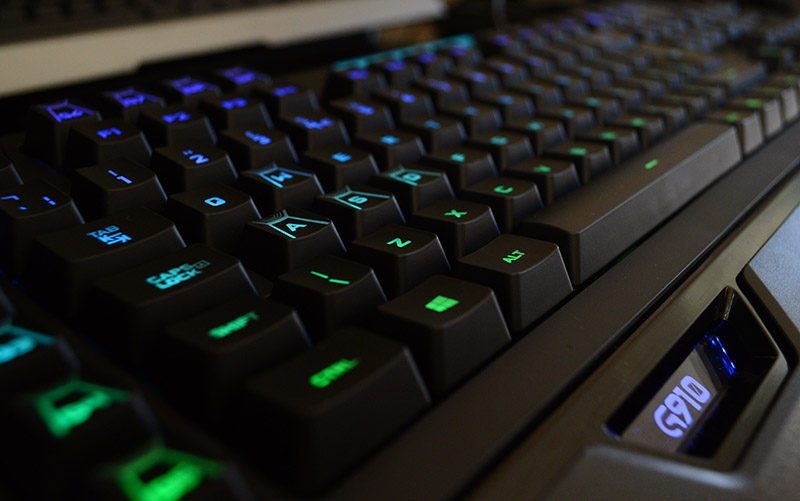 Back at the start of 2016 we took a look at the mighty new range of gaming keyboards from Logitech, featuring their innovative Romer-G mechanical switches, a completely new design, Spectrum RGB lighting and a whole range of other features. We were certainly impressed with the keyboard when we reviewed it, but now Logitech has asked us to return to the keyboard with their latest refresh model. The Logitech G910 Orion Spark has grown up nad become the G910 Orion Spectrum; so what’s the difference?

The Spectrum keeps many of the key features of its older brother, but it’s been on a diet, as it’s now a little slimmer, lighter and more compact than before. It’s also had a trip to the tailors and had its key caps replace, and no doubt a few other minor tweaks and improvements. So let’s jump right in and take a closer look!

The new box is smaller, so that’s the first sign that this model actually is slimmed down a bit. There’s a nice image on the front, as well as details of the Romer-G switches and UK layout.

Around the back, a few more details, but nothing too technical; switches, lighting, macro keys, and ARX support.