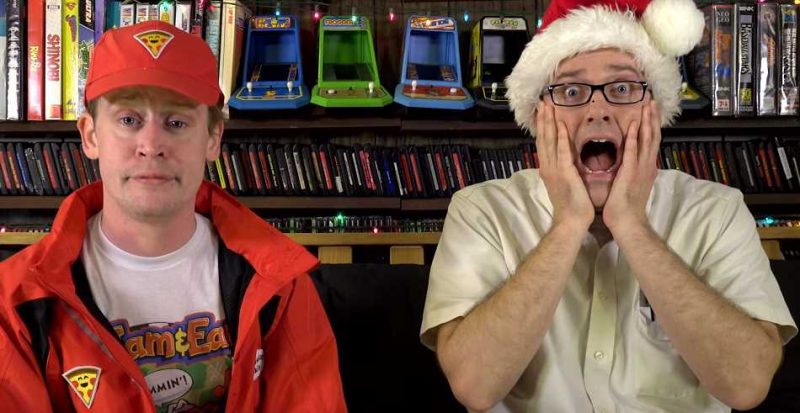 Despite watching rather a lot of YouTube, there are very few channels that have maintained my interest over the years. James Rolfe’s AVGN is, however, one of them. For the last few years though, Christmas has often brought on a little extra effort, particularly for his Angry Video Game Nerd. This year, however, it’s been taken to whole new levels.

Playing the Home Alone game franchises for various systems, he is joined by THE star of the films. Yes, Macaulay Culkin.

Hey @cinemassacre when are we getting together to play the Pagemaster game? #AVGN

Firstly, I think it’s a fair point to make that he is looking remarkably well. Particularly compared to some of the pictures we saw of him from a couple years ago. Following a Tweet he made earlier in the year though, it looks like James Rolfe decided to take him up on the offer and created not only the Christmas special but also a ‘series’ episode with longtime collaborator Mike Matei.

I Need To Watch This!

We’ve included both of the videos in this article so you can watch them for yourself. The above is the AVGN episode playing the Home Alone episodes whereas the one below is the ‘serious’ playthrough of The Pagemaster. In all honesty, I’d completely forgotten that this film even existed. Let alone that Macaulay Culkin was in them.

It’s a great fun collaboration and it gets 10/10 from us! You can check out the Cinemassacre channel via the link here!