Late last year I had a look at one of the latest flash drives to roll off the Mach Xtreme production line, featuring 16GB of SLC NAND within its slim read body and a suitably reasonable price tag to go along with it. Now, nearly a year on, I’m going to be taking a look at the 32GB SKU of the same MX-ES SLC drive that I looked at last year.

As a brief re-run over the history of Mach Xtreme, they are one of the leading storage manufacturers for flash products and over the last couple of years, they have been focussing on the MX-ES line of drives with its SLC NAND design.For a few people out there, SLC is common knowledge, but for those that do not know, this refers to the build up of the NAND flash, in this case with a Single Level Cell in instead of a Multi Level Cell design that we typically see in flash drives. Over the MLC design, SLC does not suffer from the same high wear rates and at the same time offers up a better write performance. The downside of this is that SLC NAND takes up a greater space over the much denser MLC and also the production costs are also higher.

As we’ve seen before, the MX-ES drive comes attached to a card with a plastic cover. The front side of the card is packed with information of the drive, including its five year warranty, SLC flash design and that it is ‘optimised’ for Asus motherboards – although the latter we showed to be inconclusive last time round with our testing. 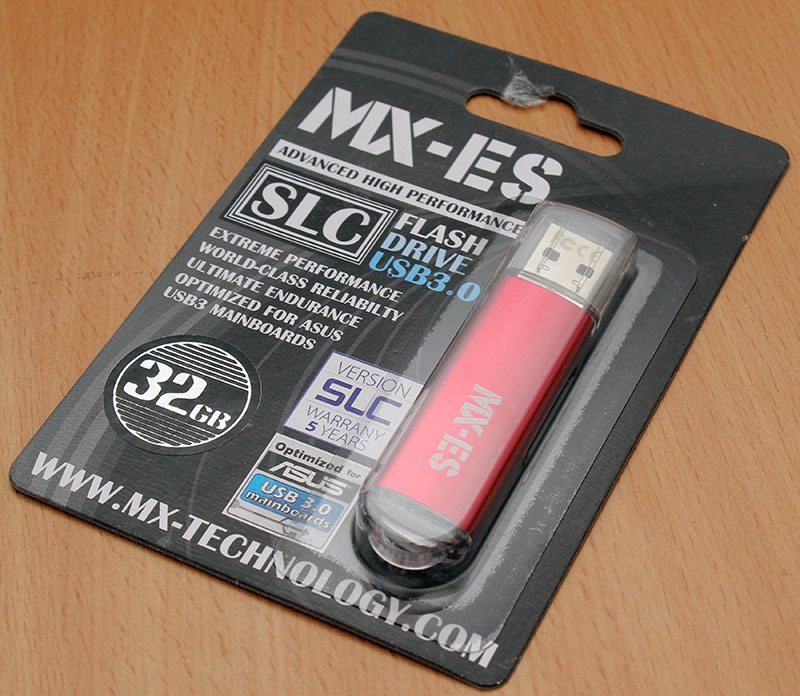