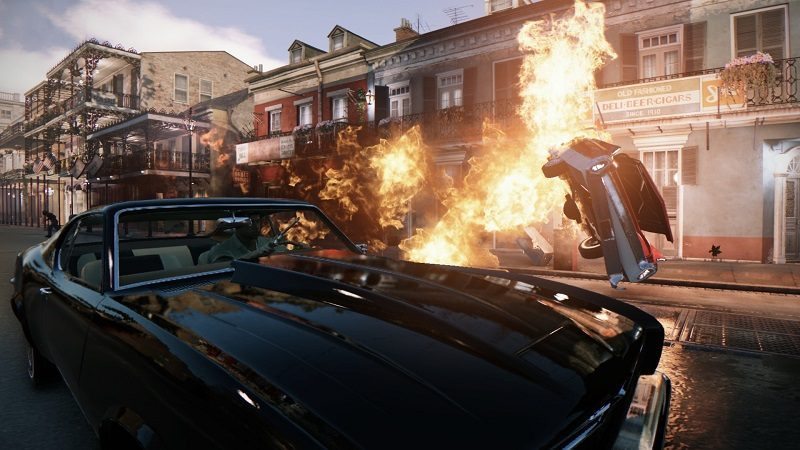 Even though digital distribution has almost resigned physical media into the history books on PC, there’s still a passionate community who prefer physical copies. It’s important to remember that most physical games include a Steam key and the disk contains the data to save you downloading files. Clearly, the game cannot be played without Steam because the Steamworks DRM is relied upon. Despite this, it seems some people are opting for physical games due to an attractive box art, slow internet speeds or collectable extras. Recently, Mafia 3 launched to mixed reviews and bizarrely had a 30 frames-per-second lock on PC. Unfortunately, those who ordered the deluxe edition which contains six disks couldn’t activate the game. This is because the manual which includes the correct unlock code was missing! Rightfully so, the Amazon Mafia 3 reviews are mostly 1 star due to this major mishap. According to Kotaku, a similar situation has occurred at other stores such as Best Buy. Here is a small snippet of the angry consumer response: 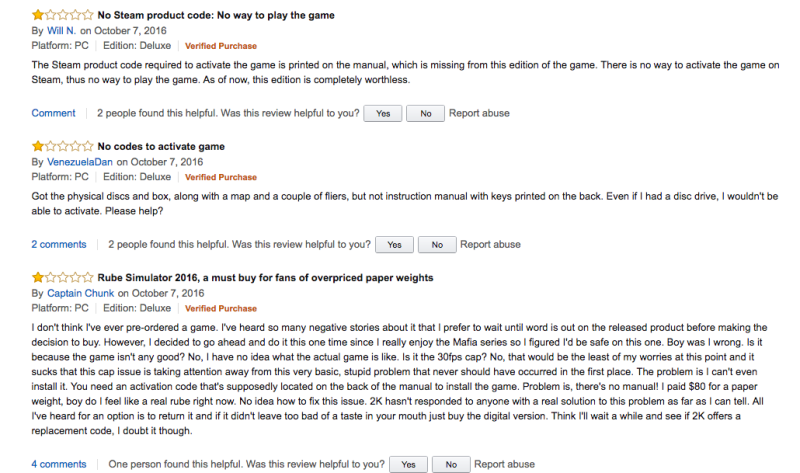 Clearly, 2K and the distributor made a colossal error and forgot to bundle the serial with physical copies. This almost defies belief and you’d expect a more attentive approach considering the production costs of disk printing and shipping high volumes to popular stores. Whatever the case, it’s terrible news for the people who selected the most expensive edition of Mafia 3. Thankfully, some have received a refund although 2K hasn’t given an official response as of yet.