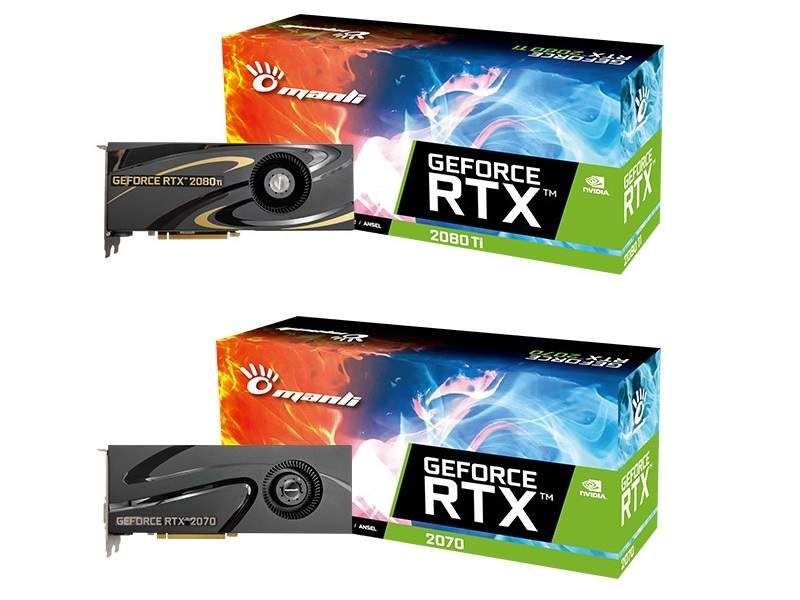 Hong-Kong based Manli technology is announcing two new additions to their RTX video card lineup. These are the RTX 2080 Ti and RTX 2070 featuring their “Tai Chi” blower-style cooler design. Like with other blower-style video cards, these units exhaust hot air strictly at the back and utilize an 80mm centrifugal fan near the front. Both the shrouds look identical, with the exception of the gold inlay on the RTX 2080 Ti Tai Chi shroud.

Manli previously introduced their Gallardo RTX series which feature triple downward blowing fans. Those on the other hand, exhaust the hot air inside the case. So for builds where the case has little to no internal active cooling, these Tai Chi blower-style video cards are much more ideal.

What are the Specs for These Video Card Models? 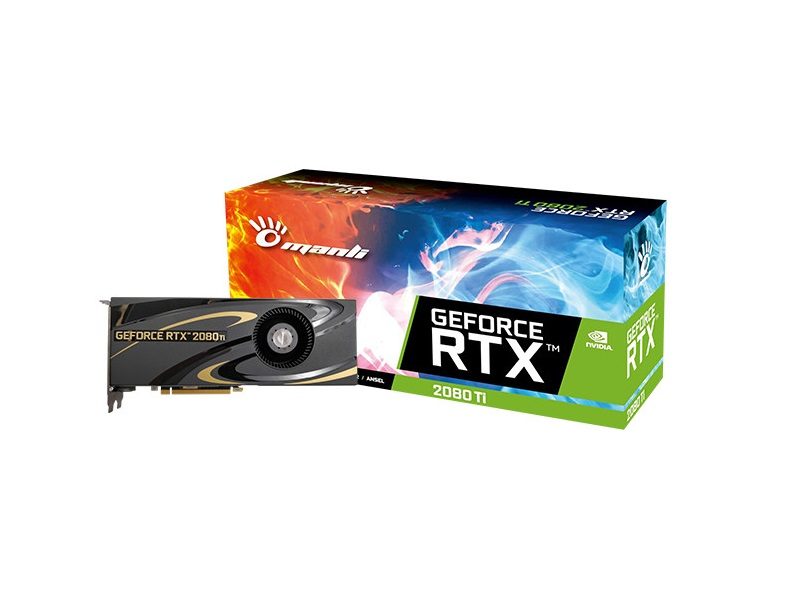 Meanwhile, the Manli GeForce RTX 2070 (M-NRTX2070/6RGHDPPP-F402G) operates at 1410MHz and boosts up to 1602MHz. It has the same dimensions as the RTX 2080 Ti, although it only requires a single 8-pin power connector to run. In terms of display output, it also differs from the RTX 2080 Ti since it has one HDMI port, three DisplayPorts and one DVI-DL port.