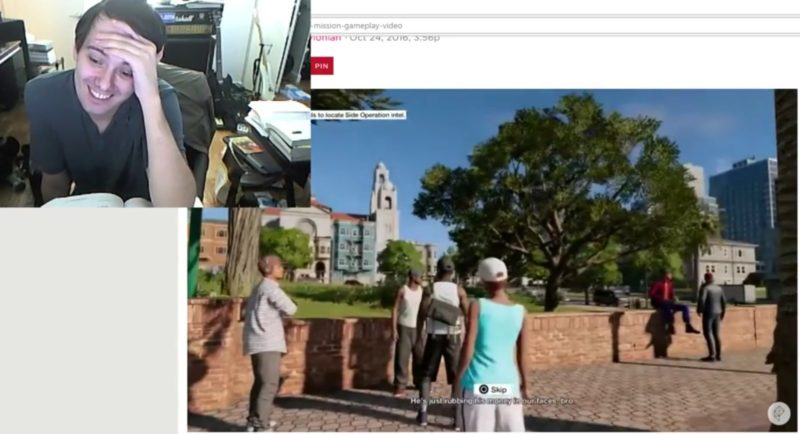 When he’s not thinking up ways of ripping money from terminally ill HIV and cancer patients, Turing Pharmaceuticals CEO Martin Shkreli likes to stream some video games. Now it seems both his hobbies have come together, as Watch Dogs 2 includes a parody of Martin, so now he has a future of live streaming a game about a price gouging douchebag.

In Watch Dogs 2, there’s a mission about a rapper called Bobo Dakes who is set to release a new album. If this sounds like it’s going down a familiar path, it is, as bigshot pharmaceutical guy Gene Carcani has bid him millions to keep the album to himself. Which is obviously a parody of the fact that Martin paid $2 million to buy up the only copy of the new Wu-Tang album. Martin, I mean Carcini, is even described in-game as “the shit-sack who was on TV laughing about how he’s raising the price of Leukaemia medicine” and “the most hated man in America.”

What’s funny is that Martin said the video was pretty lame, but later took to twitter to claim Watch Dogs 2 was a “trash game” and admittedly, after playing the first one, it very well may be trash, but in a PR win, @watchdogsgame responded.