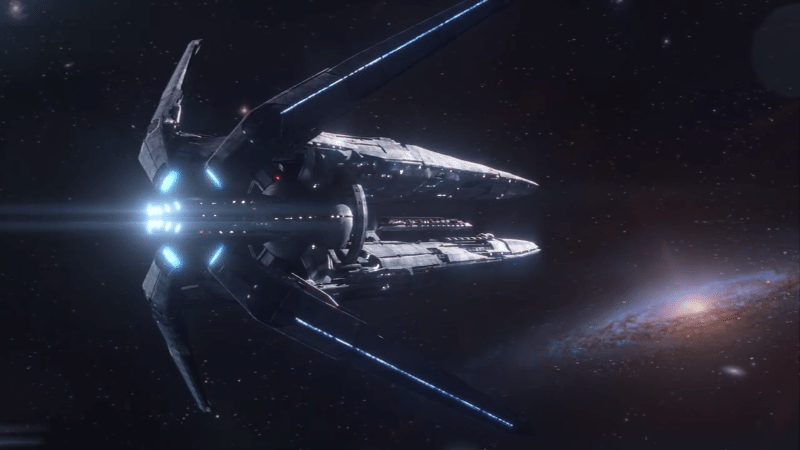 New details regarding BioWare’s hotly-anticipated action RPG sequel Mass Effect: Andromeda may have leaked online. Screenshots of an EA marketing survey were posted to NeoGAF this week, which – while unverified – reveal that the forthcoming game deals with issues of colonialism, and casts humanity as the aliens in an unfamiliar and hostile galaxy.

“Below is a description for a possible future version of Mass Effect. Please read this and answer some questions on the following pages about this game.

There is a major battle brewing, and it awaits you. In is unfolding across a galaxy of planets, with creatures and species entirely unknown. Draw your weapon, because the fight is bigger than you thought. It’s not just for your own life, it’s for all of humanity – the ultimate battle for a place we can all call home.

Mass Effect: Andromeda takes players to the Andromeda galaxy, far beyond the Milky Way, where players will lead the fight for a new home in hostile territory – where WE are the aliens – opposed by a deadly indigenous race bent on stopping us.

Experience the freedom to traverse and explore a planet-dense but seamless open-world galaxy, rich with discovery. Play as the leader of a squad of military-trained explorers in an intense third-person shooter, with deep progression and customization systems.

This is the story of humanity’s next chapter, and player choices throughout the game will ultimately determine our survival in the Andromeda Galaxy.”

We’ve been here before, of course: at the turn of 2015, a similar survey leak occurred, which revealed that the game’s protagonist would be known as The Pathfinder, and would lead humanity into a previously unexplored area of space. With momentum building behind the game, can we expect BioWare to formally unveil Mass Effect: Andromeda at E3 this Summer?