Mass Effect Trilogy to be Remastered? 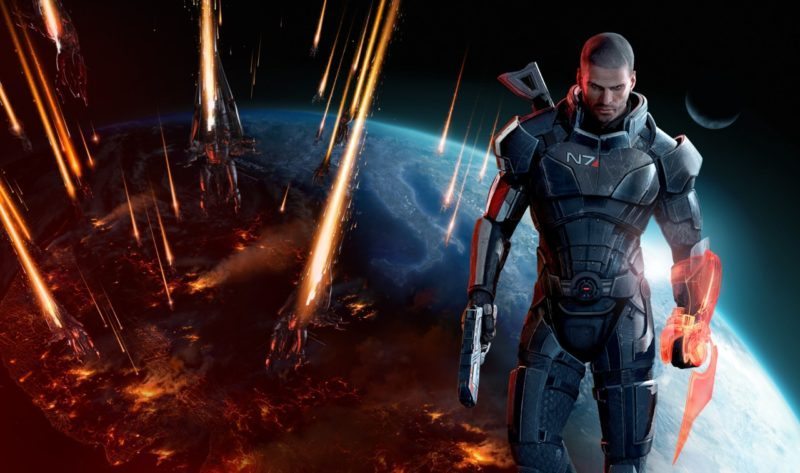 While we await more information about the next game in BioWare’s Mass Effect series – Mass Effect: Andromeda, which is expected for release in 2017 – an EA executive has strongly hinted that the original trilogy could be set for a remaster. Last year, Patrick Soderlund, Executive Vice President of EA Studios, told Game Informer that the company was more interested in looking to the future than rereleasing its back catalogue. Now, a year later, though, Soderlund has suggested that EA may make an exception for a particular game series that fans have been pushing for: Mass Effect.

Taken from a recent Game Informer interview with Soderlund at Gamescom:

“Game Informer: One of the things I asked you last year when we sat down at E3 was about Mass Effect. At the time, there were two publishers that hadn’t really dipped into the remaster world: you and Activision. Activision has since released a number of remasters or ports, and now they are working on a full-on remaster for MW. Revisiting this as the last man standing on remasters, has anything changed? Like a Mass Effect trilogy remaster?

Soderlund: What’s changed is that there is proof in the market that people want it, maybe more than there was when we spoke. There were some that did it before, but I think there is even more clear evidence that this is something that people really want. The honest answer is that we are absolutely actively looking at it. I can’t announce anything today, but you can expect us most likely to follow our fellow partners in Activision and other companies that have done this successfully.”

Presumably, any potential remaster would unify the three games under the same engine – the combat in the first Mass Effect game was notoriously rudimental – and would add the cover system from Mass Effect 2 and 3 to the original.

Game Informer also asked Soderlund about Mass Effect: Andromeda, which was strangely absent from both E3 and Gamescom:

“You’ll get [your first look at gameplay] in the not too distant future. I get people want to see gameplay and I just came back from a short vacation and I played through the first three hours of the game. It’s very playable, and there is no alarm about, ‘Why aren’t they showing it?’ It’s strictly that the game will get the right type of exposure at the right time and that we can the right voice for it. Right now we’re focused on our big titles for [October through December], and when that’s done, we’ll shift to Mass Effect. You’ll see a lot more very shortly.”