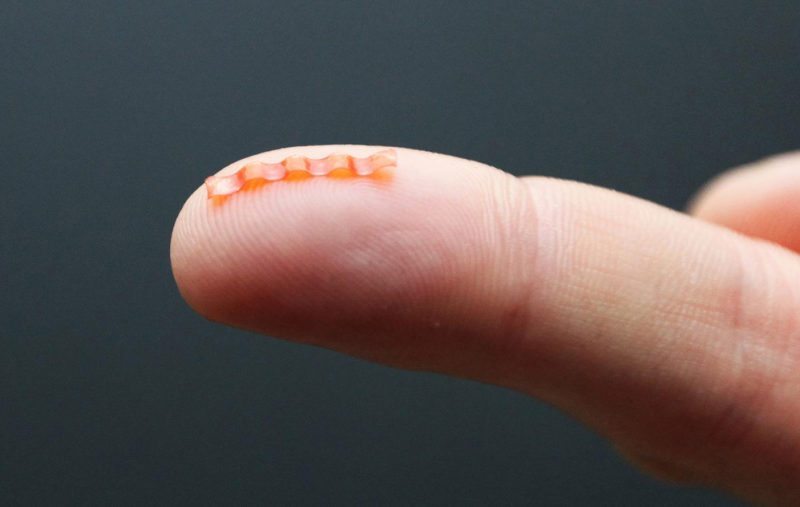 When you think of robots you often see the skeletons from terminator, the giant metal figures of Robocop or even the plastic coated shells from iRobot. What people rarely think about is soft robots, robots that act without giant metal skeletons powering their every move. The University of Warsaw has come up with an ingenious little soft robot based on the caterpillar.

The team from the Faculty of Physics created not only a soft robot that moves without any giant cogs or wheels but has done so in the space of 16 millimeters. The tiny caterpillar only needs one thing to power itself, light.

Made from Liquid Crystalline Elastomers (LCEs), the miniature robot changes its shape when exposed to light. This enables the caterpillar to curl itself up like a wave and push itself forward, just like a caterpillar does in nature.

With the ability to climb a steep slope and move objects ten times its size, the caterpillar is quite impressive to see. Imagine being able to move your furniture thanks to a small army of these robots.

While a small robot, the same technique could be applied to create larger models which could be custom designed for specific purposes rather than their proof-of-concept brothers.