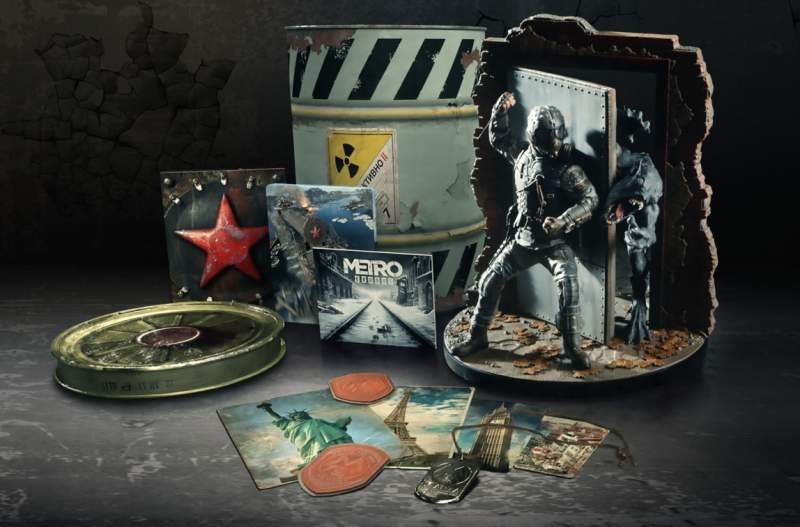 Metro Exodus may not be out for a while, especially after the date was pushed back from Q4 2018 to Q1 2019. However, Deep Silver and 4A Games is now offering a special version of the game up for pre-order. This is the Spartan Collector’s Edition, a complete kit which celebrates the third entry to the series and comes in a unique theme-related package as well.

What Comes With the Spartan Collector’s Edition Package?

This package includes the following:

These of course, come in a gigantic, radioactive barrel package, keeping in theme with the game.

How Much is the Metro Exodus Spartan Collector’s Edition?

The Spartan Collector’s Edition has an MSRP of $149.99 for the stand-alone version. There is also a $234.99 version that comes with the ‘Aurora Edition’ addition. This Aurora Edition package contains a copy of the game in an exclusive Steelbook, a “World of Metro” Art Book, and the Metro Exodus Expansion Pass. These also come in their own custom metal outer case inspired by the iconic in-game locomotive, The Aurora.

Fans can pre-order this version now at MetroTheGame.com.

When is Metro Exodus Coming Out?

The release date has now set for launch for February 2019 from the original Fall 2018 release date. The delay was apparently for optimizing the game further, including incorporating NVIDIA’s RTX technology.

NVIDIA has even released a demonstration video showcasing what fans can expect when the game does come out. Provided that they have an NVIDIA GeForce RTX graphics card of course.