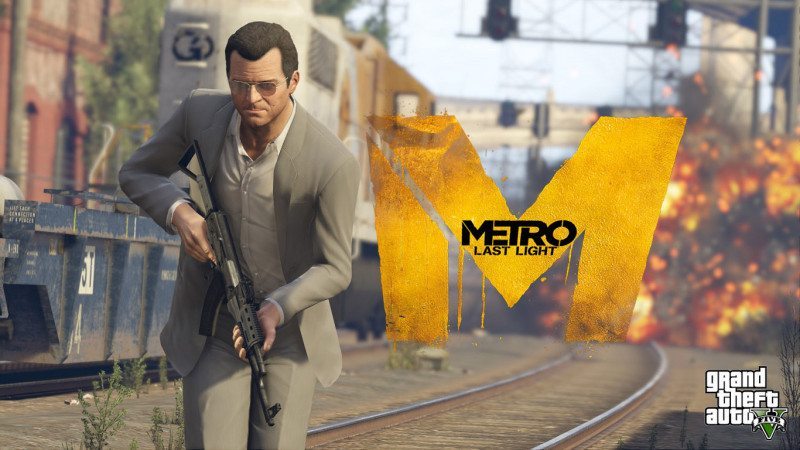 Creator’s view update at the end of the article.

Grand Theft Auto V is such an incredible open world game with stunning graphics which makes almost anything possible. Nicky Sierra, a YouTuber took it to a whole new level by recreating the scene called ‘Genesis’ from the gameplay trailer of the Metro: Last Light in the world of Grand Theft Auto V. He has managed to pull off such complex scenes by utilizing the built-in Rockstar Editor which assists in making and shooting the gameplay from various angles and provides the cinematic-like result.

The video is about the week of the creation of the life on the planet Earth by the God. It starts from Day 1 when the world witnesses light, next day “the majestic sky” starts existing. On the third day, God plants trees on the planet and a day later, the day and night is separated. On the fifth day, God creates birds and smokes a new life in the sky followed by creation of glorious creatures, animals and makes the Humans Beings dominant, “To Nurture, To Rule”, but on the final day of the week, as humans starts killing “they say, the God rested”.

I would recommend you to take a look at the original Metro: Last Light “Genesis” gameplay trailer before watching this re-creation so you can fully appreciate the effort that’s gone into it.

It is one of my favourites, we have already witnessed creative work done by various players such as Furious 7’s Paul Walker Tribute and the Breaking Bad Scenes. What are your thoughts on this video? Let us know in the comments section.

Update: The creator has used mods to set the specific time of the day, weather and character animations. The most challenging part, according to him, was finding the right animations due to the presence of thousands of character animations; which are needed to be tried out manually as some of them have misleading titles.  It took the creator and his friends about 5 hours to get the video ready including filming to editing.