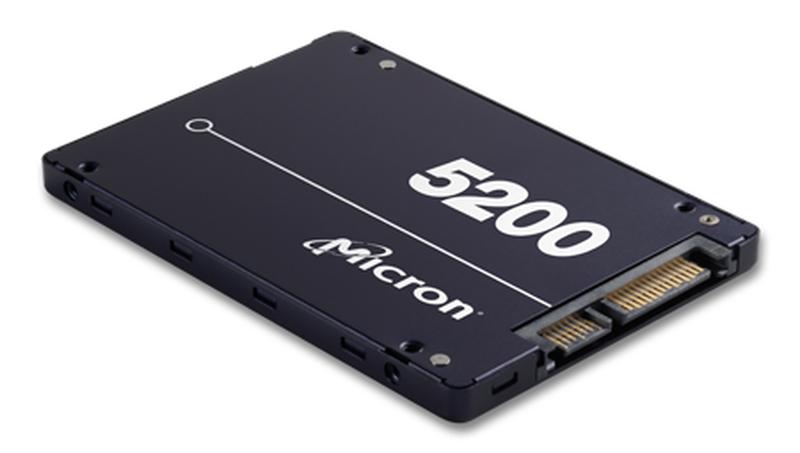 Micron launches their newest take on an enterprise-class SATA SSD and it’s a pretty darn nice drive. SATA3 does set some performance limits due to the protocols age, but it is still the easiest and most cost-effective to deploy.

The 5200-series (product link) is meant to replace the need for 10K RPM HDDs in server environments. With a single Micron 5200, you’ll get three times the OLTP workload IOPS performance when compared to a full rack of 24x 10K HDDs.

There are some notable differences between the two Micron 5200 drives. The EVO comes in capacity options up to 7.68TB per drive and they all have a 1 DWPD rating. The PRO is only available with capacities up to 1.92TB per drive, but it has a DWPD rating of 2 complete cycles. 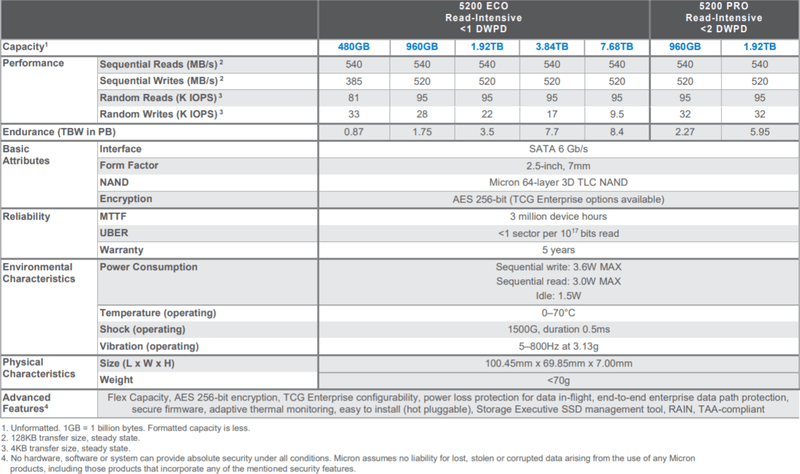 There’s another difference in the endurance. The EVO is rated nicely, but the PRO offers almost double the ratings.

Why Should You Use These Drives?

If you require a combination of high-capacity storage, performance, and a low total cost of ownership, then the 5200 drives are an optimal choice. They are meant to replace the now ageing mechanical drives which have their downside. HDDs are slow but offer high-capacity in return. Even 10K RPM drives. They are somewhat faster, but they also draw more power.

Micron 5200 offers the same capacity, but a much better performance at two-thirds of the TCO. That kind of says it all.

Micron 5200 SSDs are available now for OEM qualification and for purchase through distributors, such as ASI, Avnet, CDW, Ingram, Microland, WPG-Americas, Synnex and others.