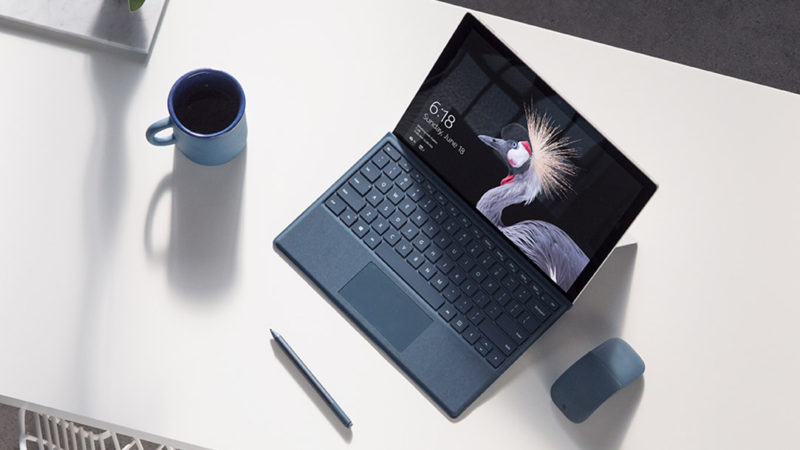 Microsoft unveiled the 5th generation Surface Pro tablet, proving critics were wrong in thinking only the processor is updated. Microsoft Surface chief Panos Panay announced that they have made some meaningful changes, with “about 800 new custom parts”. In an unusual move however, Microsoft chose to drop the numbering scheme in favor of calling it simply the “new Surface Pro”. The new 5th generation Surface Pro moves the hinges deeper and 15 degrees lower than the previous. This allows the new model to lay almost completely flat on a table compared to the Surface Pro 4. Microsoft also claims that it is slightly lighter at 784g compared to 786g with the higher-end model. 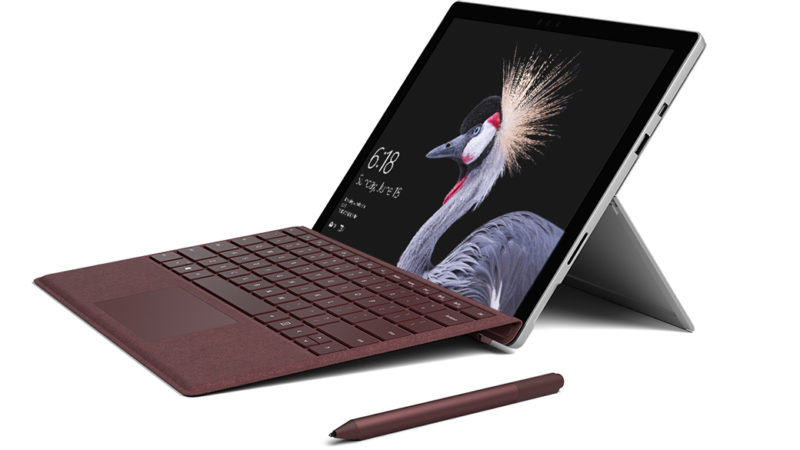 The versatile tablet is available starting at only $799 for the base 128GB model with an Intel Core m3. Purchasing the Surface Pro Signature Type Cover add a separate $159 to the price tag. Microsoft provides four different color options including black, burgundy, cobalt blue and platinum. This Signature Type cover is also made from next-generation Alcantara material, which adds a lovely bit of texture and character to the 5th generation Surface Pro. The Surface pen is available for an extra $99. Students, as well as faculty or University staff are eligible for discounts.

Aside from the base Core m3 model, users can choose between three Intel Core i5 and two Intel Core i7 options as well. All these processors of course are 7th generation Intel Kaby Lake units. The GPU  is upgraded from Intel HD Graphics 515 and 520 to Intel HD 620 or 640. The memory option range remains the same from 4GB to 16GB, as well as the storage option from 128GB to 1TB. It boasts 13.5 hours of battery life and finally adds an LTE option. This LTE version supports both micro SIM and eSIM and will carry a price premium over non-LTE models. Microsoft did not provide details yet on when or what specifications will be in this LTE model. 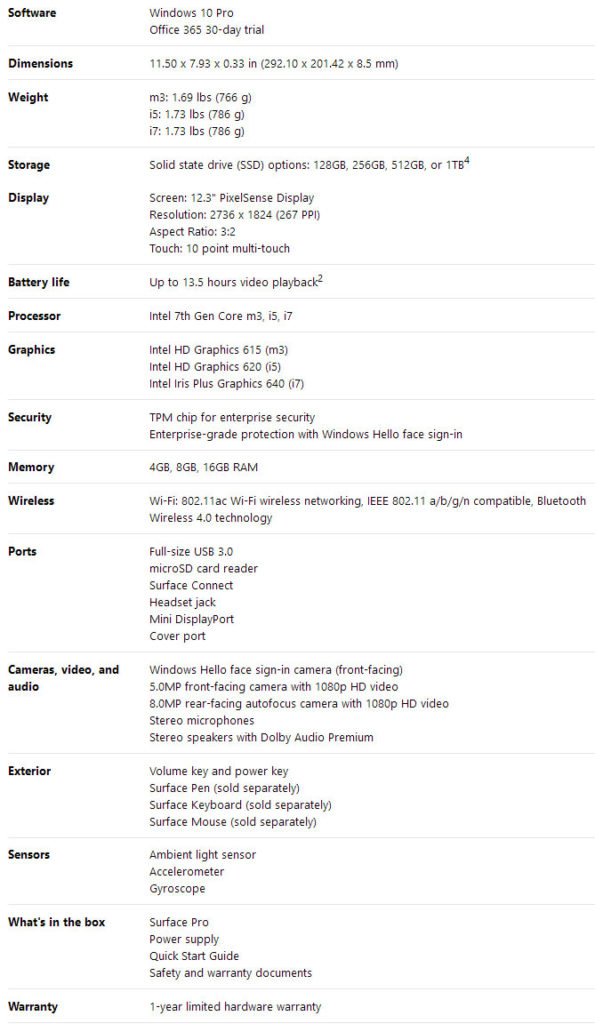