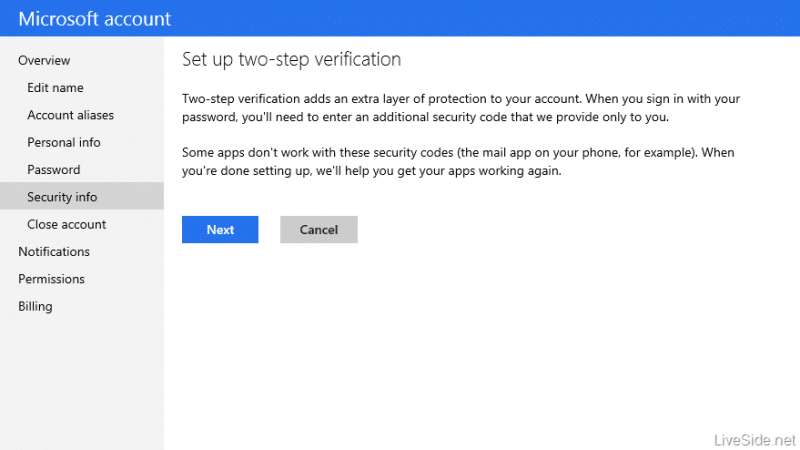 Microsoft has been working on series of new security features since the past month and even the possibility of the company adding enhanced account aliases for those who wish to rename their email without leaving the current one.

What’s also new is that Microsoft will be using two-step authentication method, much like Google accounts have. Once the 2 step authentication is set up, with the exception of your trusted devices you will need to type your password and will require to enter a security code which is randomly generated by an authenticator app and sent to your phone.

The authenticator app is currently available on the Windows Phone store, According to the description, you can add your existing Microsoft account by using barcode scanning as a 2 step authentication method as well. Microsoft says that the random security code generated by this app is a ‘standard security code generation’ and even works with other services and mail providers which requires sign-in credentials.
There are some limitations, such as this feature will not will work with linked accounts and some phones or devices does not support Microsoft’s 2 step authentication such as a 3 party mail app. But Microsoft states in their setup method that this authenticator app is available for iOS, Android and Blackberry devices in their respected online app stores.