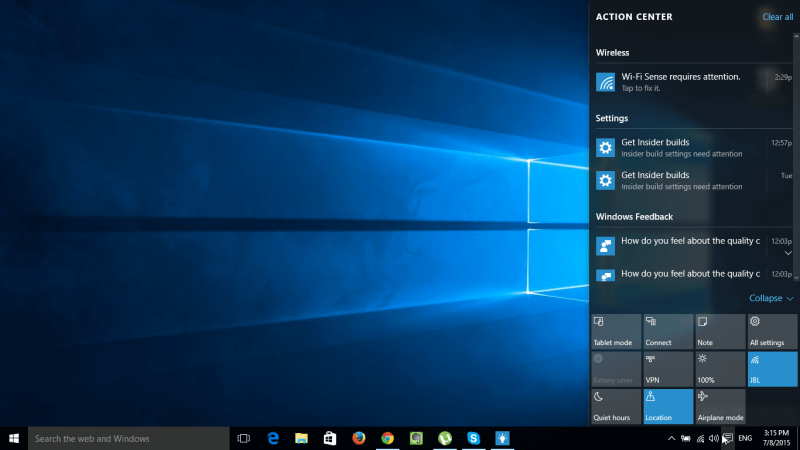 At Build 2016, Microsoft has announced quite a few interesting new features for Windows 10, one of which is related to Android notifications. That’s right, it looks like Microsoft is making an effort to bring Android and Windows 10 together by allowing users to receive Android notifications on Windows 10 PCs. The feature will be based on Microsoft’s Cortana app for Android, and as long as users will have this app installed on their phones, Cortana will store all of the device’s notifications in the cloud and will send them to the user’s Windows 10 devices, including PCs, laptops or tablets.

The best part is that you’ll be able to respond to these notifications directly from your PC, and you will also be able to dismiss them easily. Obviously, those who are using Windows 10 Mobile devices will also be able to enjoy this feature, but those with iOS-based gadgets will not, as Microsoft simply doesn’t have enough access to iOS notifications. Even though we don’t know exactly when this new feature will be implemented, it’s entirely possible that it will be a part of the operating system’s Anniversary Update. If that’s the case, Microsoft will likely update the Cortana Android app soon.

Will you be activating Android notifications on Windows 10?