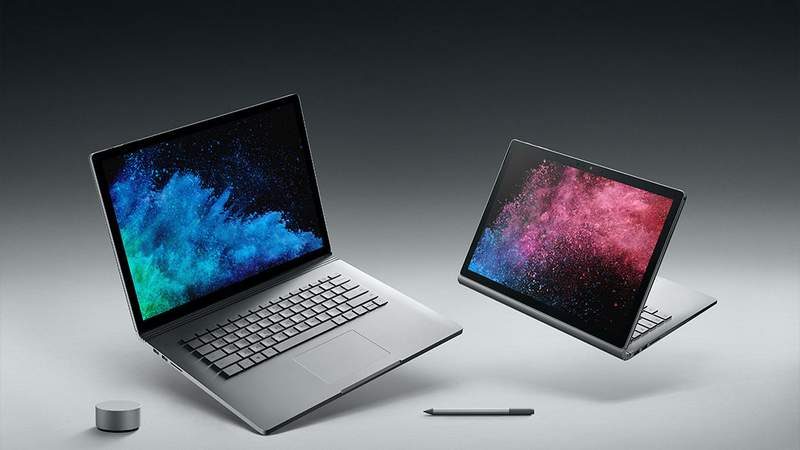 Several years ago, Microsoft released the Surface lineup. Running Windows, the new lineup was created to showcase the potential of the ecosystem. Over time, the lineup has expanded from the premium segment and into the higher end of the mainstream range. In a surprising move, Microsoft is pushing lower than ever before but not quite budget. We now have new models for the Surface Laptop and Surface Book 2.

The new Surface Laptop sports just a Kaby Lake Core m3 processor, 4GB RAM, and 128GB of storage. Due to the low specced internals, Microsoft has been able to cut the price but quite a bit. Compared to the previous model, it is $200 cheaper at just $799. The price cut is courtesy of the lower end m3 CPU instead of an i5. However, for a $200 price cut, it will be hard to complain. Just like the previous budget model, it is crippled by the 4GB of RAM which can get eaten up real quick.

The Surface Book 2 price cut is even better for bargain hunters. The new model only drops storage from 256GB to 128GB. Due to the spec drop, the price is down $300 to only $1,199 for the 13.5-inch model with i5 CPU and 8GB of RAM. Of course, just like the previous base model, you have to make do with the Intel iGPU. Provided you can live without the extra storage it is a great bargain.

There is some speculation that Microsoft wants to improve their Surface revenue after the poor performance last quarter. However, a product expansion could make Microsoft OEM partners angry due to the increased competition. At the same time, the new Surface models, particularly the Laptop, aren’t all that enticing. 4GB of RAM simply can’t cut it in 2018 for all but the lightest users. For the same price, there are many better options or offering similar specs for less. This puts Microsoft into a tough spot with lower value that won’t grow Surface much but still angers their partners. It will be interesting to see Microsoft will take Surface going forward.