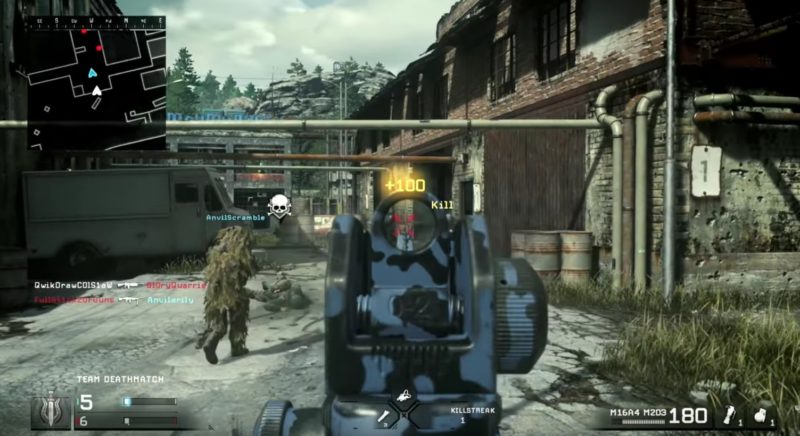 The retail number-buster that is Call of Duty is in full swing again, and while the recent release is already booming, it looks like the game is about to deliver even more content to new and existing owners. If more content isn’t enough to get your attention, how about the fact it will be free? OK, now you’re interested.

The latest update will add a whopping six new multiplayer maps and they’ll be made available to all Modern Warfare: Remastered players for free!

If that wasn’t enough, you’ll also find the holiday special “Winter Crash” map as well as two new games modes thrown into the mix. The new game modes are Gun Game and Hardpoint.

Activision has announced that they will be releasing the December Update for Call of Duty: Modern Warfare Remastered on December 13th. To celebrate the upcoming release of all this lovely new content, Activision has released a new trailer too, which you can check out below.

“‘Tis the Season for more incredible Call of Duty®: Modern Warfare® Remastered content! On December 13th, six additional MP maps are coming to all Modern Warfare Remastered players free of charge, plus the holiday-themed Winter Crash map and two new game modes: Gun Game and Hardpoint. One of the most critically-acclaimed games of all time just got even better.”