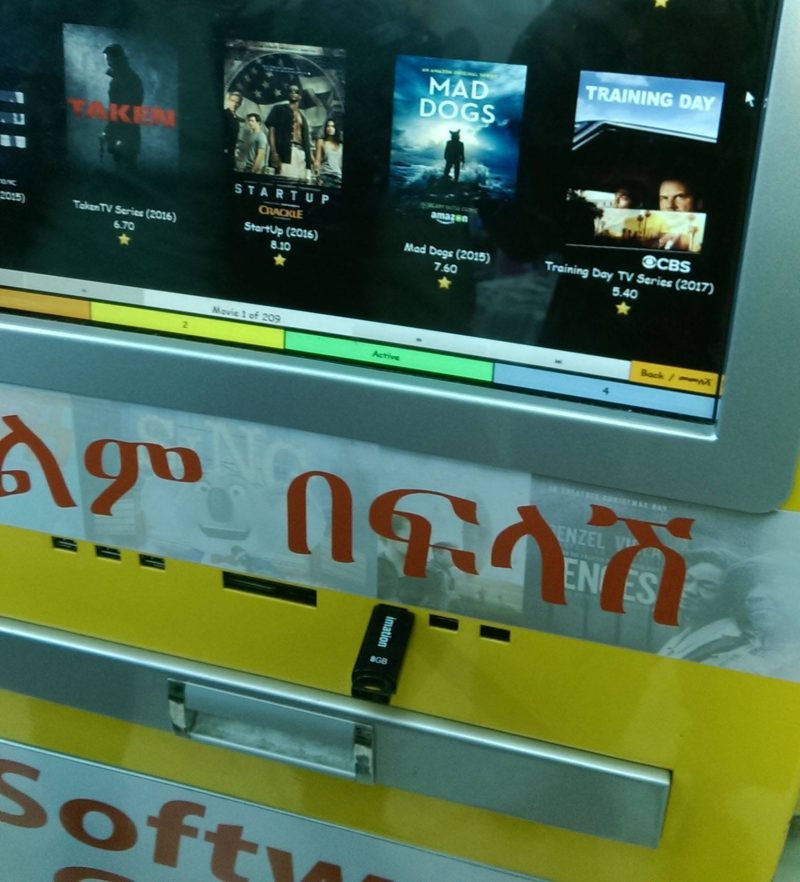 Movie pirates in Ethiopia are using what appears to be ATM-style self-service kiosks to distribute content, allowing users to download software into their own USB drives rather than using disc-based media. Enforcing copyright laws in that region are not exactly the top priority with over 90% of the population living under the poverty line, so a kiosk like this being operated by a company called SwiftMedia is not frowned upon. 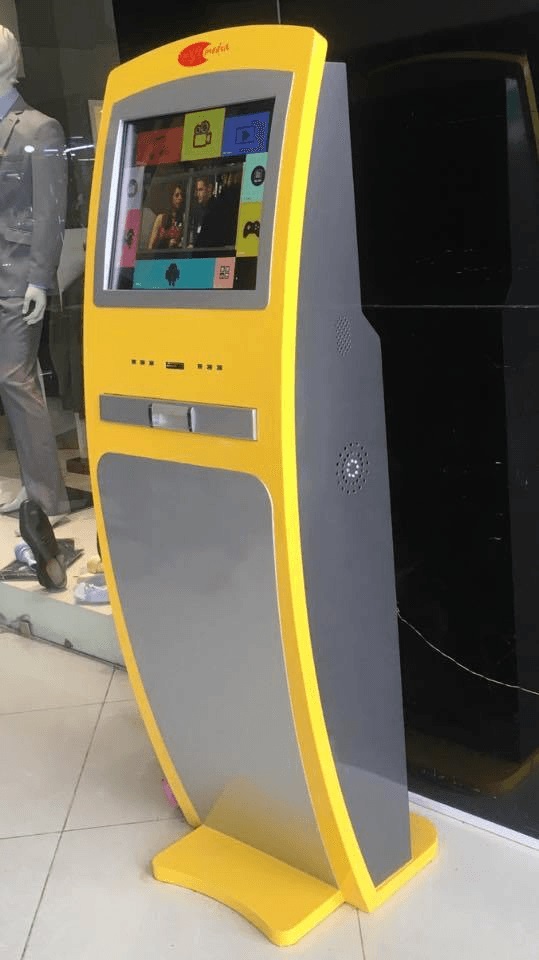 The machine was spotted by a local Ethiophian reader from TorrentFreak being installed in one of their AllMarts store (Ethiopian equivalent of Walmart). Users can choose packages that cost 25, 50 or 100 birr (which is the equivalent of $1, $2 and $3 USD) but individual titles are also available for 3 and 5 birr ($0.13 to 0.22 USD). Documentaries are priced higher than other media, with the lowest price marked for single episode TV shows and songs.

Machines like this obviously would not last a few seconds in the Western part to the world, although maybe there is something to learn about utilizing USB drives to transfer media rather than clinging on to the use of non-reusable discs which just end up in landfills. RedBox for example, operates over 42,000 self-serve movie rental kiosks in North America and still utilizes physical discs for its machines.