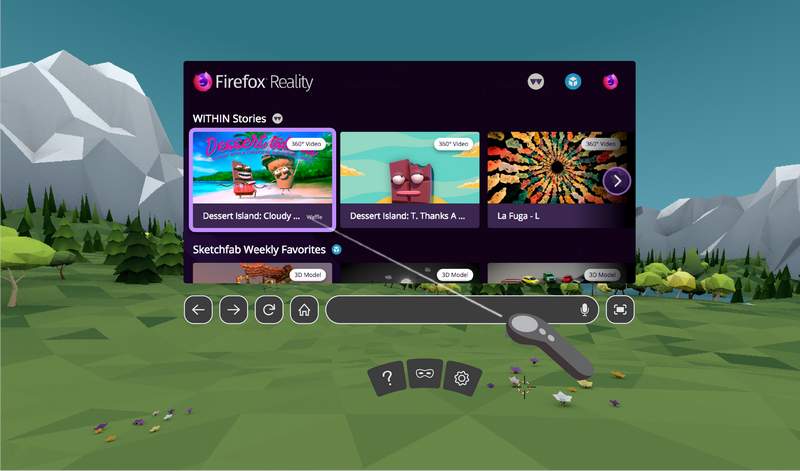 New Browser for Virtual and Mixed-Reality

Mozilla has launched a new type of their Firefox web browser called “Firefox Reality”. This one is specifically made so users with Virtual Reality and Mixed Reality headsets can browse online with their device. Firefox Reality lets users move around with their VR hand controller, and it even makes use of voice search features. Just in case navigating with these is not convenient enough, users can also use the handheld pointer for typing words into a virtual keyboard. It is tedious and takes time to input commands this way, but it is certainly fool-proof. As the old saying goes, it is better to have it and not need it, than need it and not have it.

Firefox Reality also introduces a bunch of new features including a Resize Mode and ability to move between 2D and 3D websites. The browser is currently in its version 1.0 and is completely free to the public. Furthermore, it is supported by multiple devices, including Google DayDream, Oculus Rift, Viveport, Oculus Go and Lenovo Mirage Solo.

Security is obviously a concern for some, which is why Mozilla did not overlook this aspect. There is also a privacy mode for those concerned.

There are understandably some tweaks that still need to be made. However, Mozilla has been working on this project for some time now. So it is otherwise a fairly good version 1.0 launch with no major hiccups. They actually announced this project as early as April 2018. Mozilla also adds that version 1.1 is right around the corner.

“We have an always-growing list of ideas and features that we are working to add to make this the best browser for mixed reality. We will also be listening and react quickly when we need to provide bug fixes and other minor updates,” says Sean White in the Mozilla Blog. He is referring to certain standard features like bookmarks, 360° videos, and user accounts which are not available yet.