MSI and ASUS Use OC BIOS as Default For Reviewers 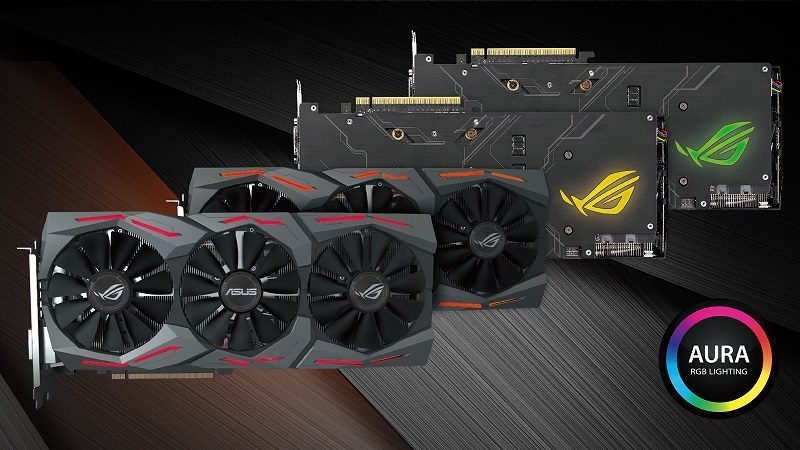 Custom editions of the GTX 1080 and GTX 1070 have finally made their way into hands of reviewers for testing purposes. In theory, any review sample should utilise an identical specification to retail models to help reviewers provide an accurate picture of real-world performance that consumers can expect. According to an investigation by TechPowerUp, this isn’t the case and both ASUS and MSI have apparently been sending out samples with higher clocks. Furthermore, Damien Triolet, a respected graphics card reviewer from Hardware.Fr  claims hardware vendors have been shipping special BIOS versions with increased power to leverage higher clocks and enhanced performance. Damien Triolet argues:

“Obviously, Asus and MSI have made the calculation that getting these small gains brought more benefits than criticism among some troublemakers. Sure, after all, so these bios boost perhaps the performance of the cards by 1%, but that’s no reason to look elsewhere! After 1%, it will be what? 2%? Then 3%? Then widespread cheating contest?”

“MSI’s factory-overclocked GeForce GTX 1080 Gaming X graphics card comes with three software-defined clock-speed profiles, beginning with the “Gaming Mode,” which is what the card runs at, out of the box, the faster “OC mode,” and the slower “Silent mode,” which runs the card at reference clock speeds. To select between the modes, you’re expected to install the MSI Gaming software from the driver DVD, and use that software to apply clock speeds of your desired mode. Turns out, that while the retail cards (the cards you find in the stores) run in “Gaming mode” out of the box, the review samples MSI has been sending out, run at “OC mode” out of the box. This issue came to light when we received the BIOS of a retail GTX 1080 Gaming card” 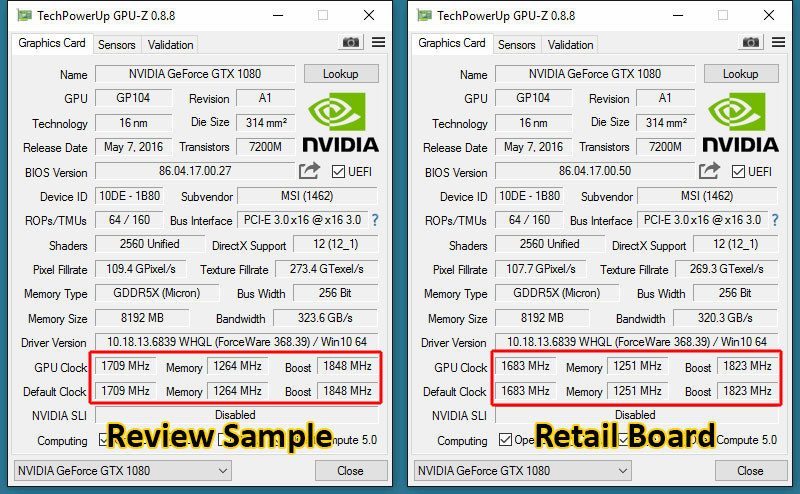 They’ve also started to list the review sample clocks and retail equivalents on a number of graphics cards across generations to see how long this has apparently been going on for. 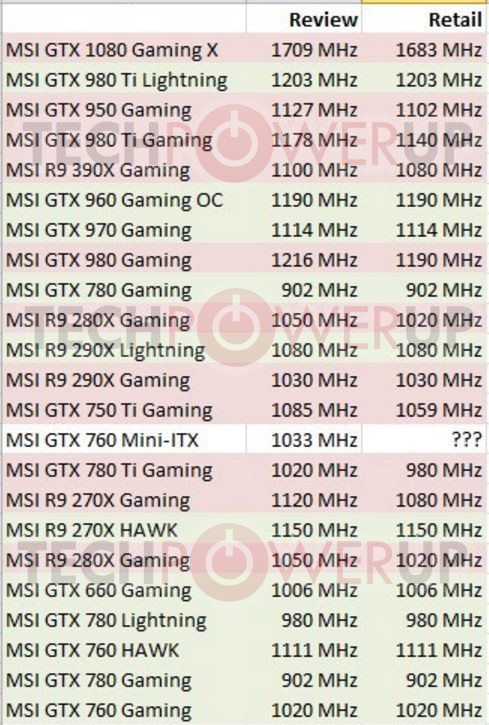 If true, this is a complete breach of trust for consumers and reviewers. Furthermore, it’s going to make readers suspicious of benchmarks and be less inclined to purchase hardware from companies using these tactics. Naturally, we’ve reached out to both MSI and ASUS to comment on this information and will update the article accordingly as they do.