During scenarios which don’t require a lot of processing power, the laptop is extremely quiet hardly emits any noise. Once stressed, the fan RPM values increase considerably but it’s not enough to sound overly distracting or obnoxious. Granted, it’s far from quiet and not going to please those who value silent running. However, it’s a pretty good effort for a gaming laptop and the fans revolve around a gentle curve which is easy to accept. 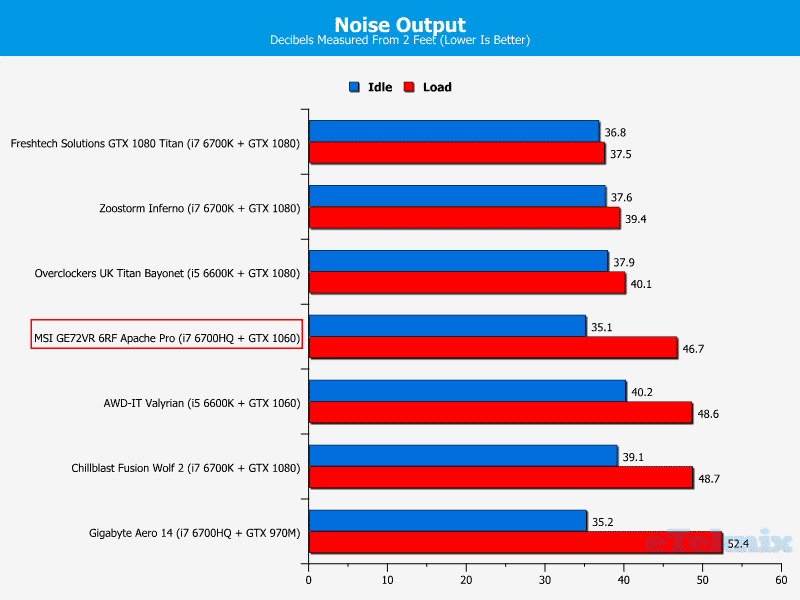 The laptop’s battery life is passable and you should be able to achieve around 3 hours of use with the Eco mode enabled. Please note, this prediction is only when the end-user aims to do some basic work and any video watching or gaming will dramatically reduce the length per charge. Overall, it’s a decent showing in lieu of the battery’s rated capacity. However, it’s no match for the Aero 14’s exemplary battery. 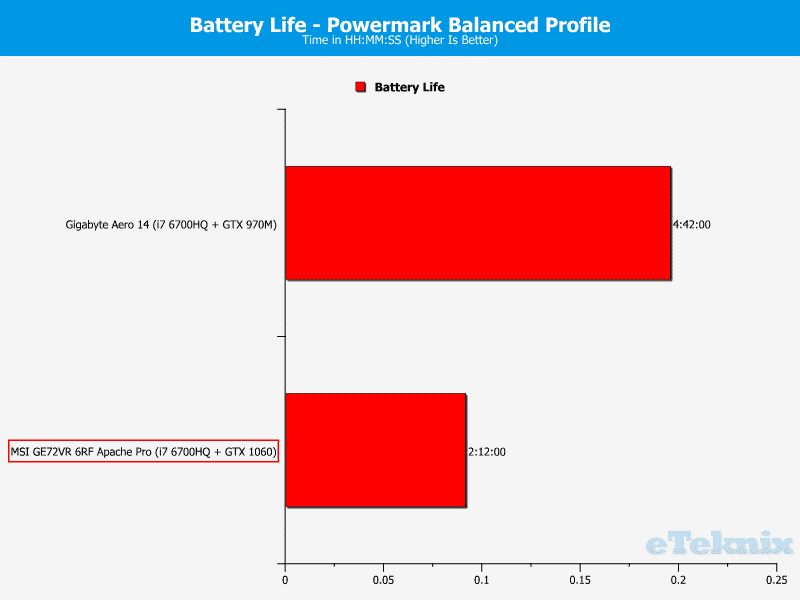 As expected, the laptop consumes very little power while idling and is remarkably efficient. Rather surprisingly, the load power draw was higher than the Aero 14 which features the previous generation GTX 970M. As this is my first experience with the new GTX 1060 mobile version, the higher power consumption could be the norm or simply down to a margin of error. Whatever the case, the power requirements under stress remain well under 200-watts which is astonishing when you consider the performance on offer. 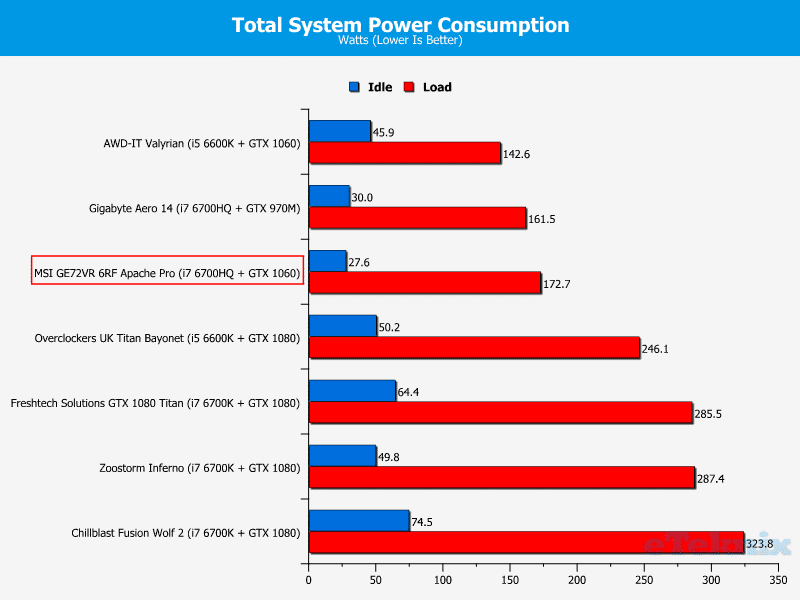 Even though the MSI GE72VR 6RF Apache Pro’s cooling apparatus is substantial, it’s not enough to prevent the CPU from downclocking to 3.1GHz during the AIDA64 Stress Test. As you can see, the CPU load temperature hovers around the 92C degree mark and often rises to 95C. It’s quite common for gaming laptops utilising the Intel Core i7-6700HQ to throttle which means the result should be analysed from that perspective. For example, the Aero 14’s processor scales all the way back down to 2.5GHz. Thankfully, the 400MHz drop isn’t going to impact on performance and AIDA64’s benchmark is a worst case scenario. In games, I’m pretty confident that the thermal loads will be lower by a good amount. On another note, the GPU runs relatively cool and has loads of headroom in case the environmental temperatures rise sharply. 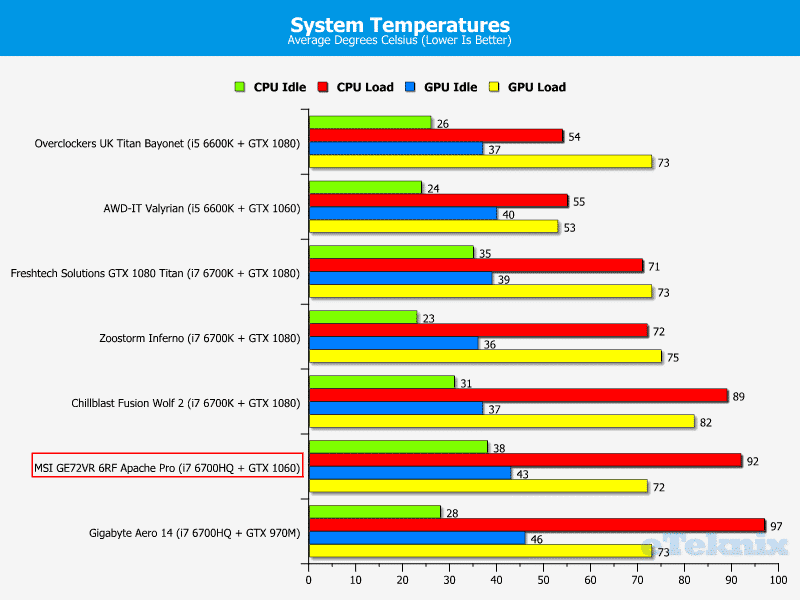 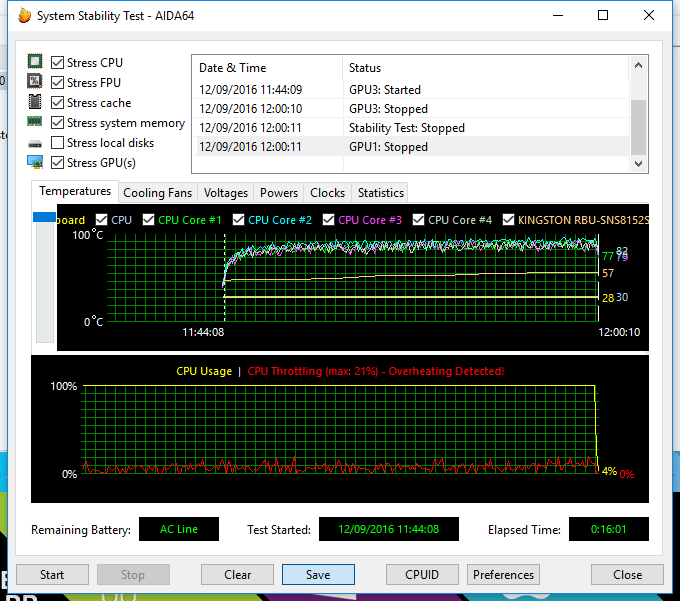