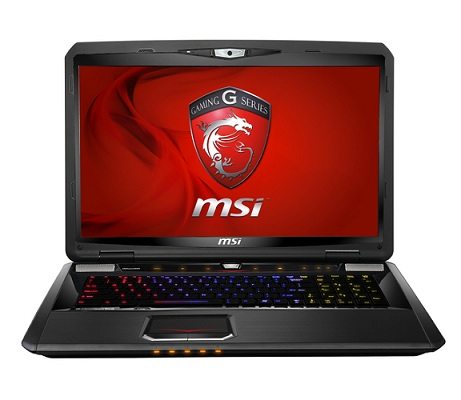 The GTX 680M card, based off Nvidia’s 28nm Kepler architecture, offers substantially more performance than the last generation flagship, the GTX 580M, whilst being more power efficient. In 3D Mark 11 it offers as much as 80% more performance, whilst packing 1344 CUDA cores this card is the mobile equivalent of the GTX 670, except with lower clock speeds in order to tame power consumption.

The GT70 and GT60 both get the option of MSI’s SuperRAID implementation with features two mSATA SATA III 128GB SSDs in RAID configuration with read speeds of up to 900MB/s. There is also a 750GB 2.5″ slim hard drive available for additional storage options.

Surprisingly, MSI have also managed to squeeze in a networking card for these gaming notebooks. The E2200 Killer network card is the implementation of choice for both gaming laptops allowing for packet and latency prioritization to make sure your gameplay experience is never interrupted by network priority issues.