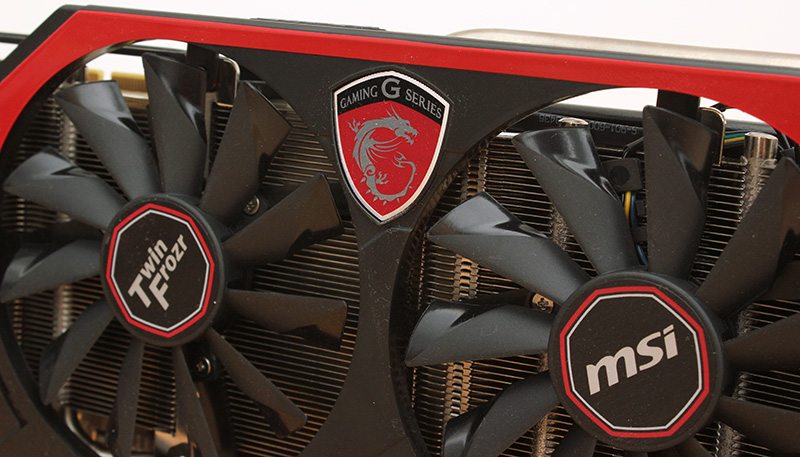 Nvidia’s GTX 760 is turning out to be a bit of a hit with gamers as it is offering a sweet spot of high end performance and high end features for a price that is much better than the previous generation. The GTX 760 is essentially a GTX 670 in terms of performance and when you bring in overclocked versions like this GTX 760 Twin Frozr Gaming Series graphics card from MSI, you get even more performance. Yet the GTX 760 is substantially more affordable than the GTX 670 was – coming in at about $250 USD instead of the $345 USD the GTX 670 went for. Pairing up Nvidia’s most popular GTX 700 series GPU with MSI’s increasingly popular Gaming Series of products and we have with us what will essentially be the best selling MSI Gaming series graphics card – simply because it is the most affordable and best value.

The MSI GTX 760 Twin Frozr Gaming OC Edition comes overclocked out of the box by an additional 40MHz at 1020MHz base clock, up from the 980MHz default clocks. Memory is left at stock 6GHz speeds but we are told by MSI, and have seen from other reviews, that there is a tonne of overclocking potential on the memory MSI equip. The MSI GTX 760 we have here equips MSI’s Twin Frozr cooler which has three 6mm heat pipes, one 8mm heat pipe and a pair of 100mm fans. There is also a tonne of other advanced features like additional VRM cooling, Super Ferrite Chokes and up to 3 way SLI support.

Included with the retail package for this MSI graphics card is: 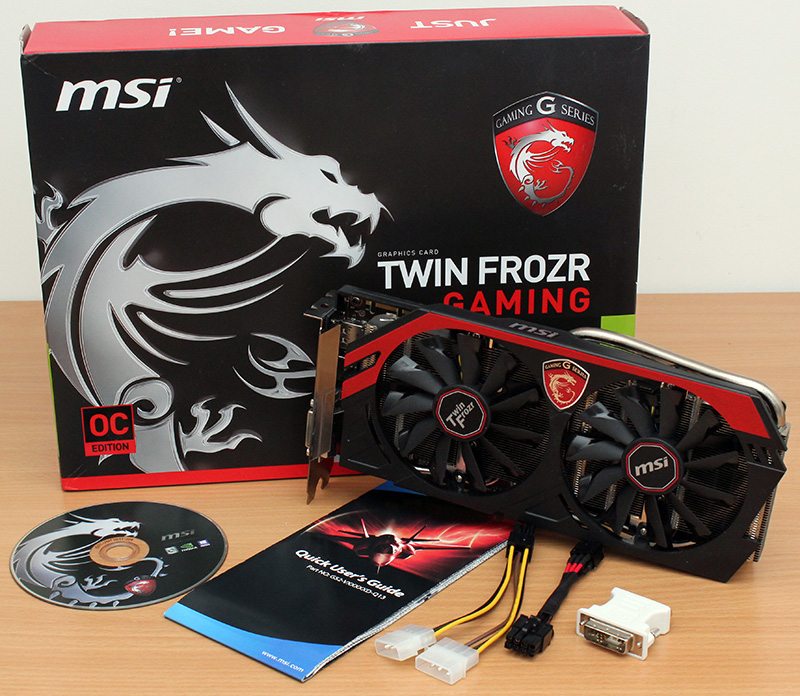