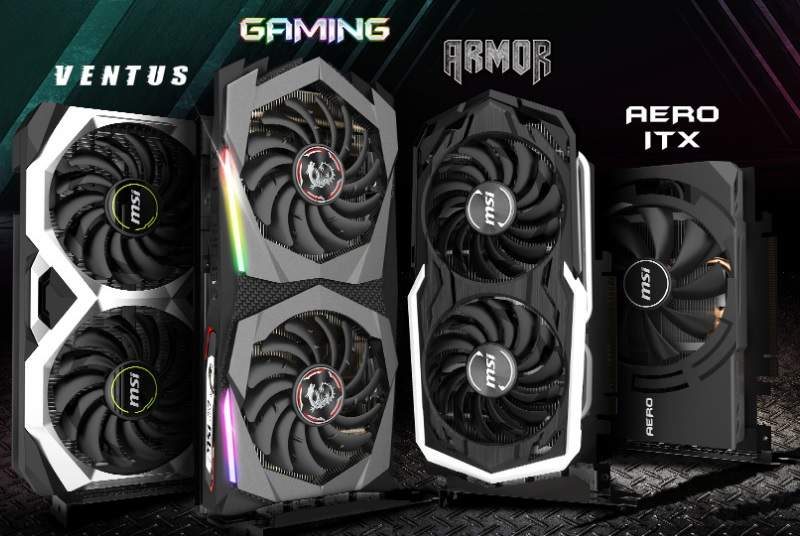 The AERO ITX is the compact single-fan version which goes well with mini-ITX motherboards. It looks a lot like MSI’s GTX 1060 ITX, including having DVI-D connectors in the rear, except with a more powerful GPU. 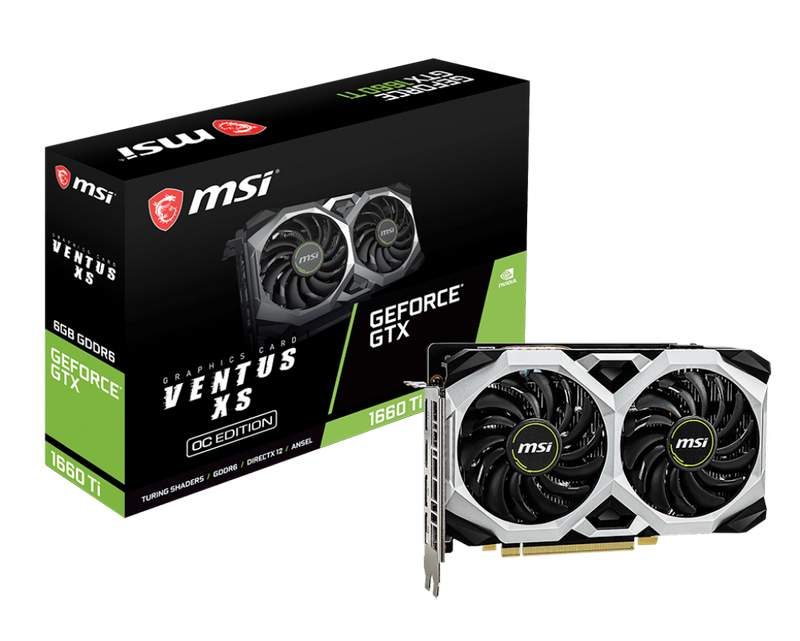 Meanwhile, the VENTUS and ARMOR versions provide balance with dual fan cooling via TORX 2.0 fans. These fans utilize a dispersion fan blade design which has a steeper curve for accelerating airflow. It also makes use of a traditional fan blade alternatingly to push down a steady airflow to the heatsink. 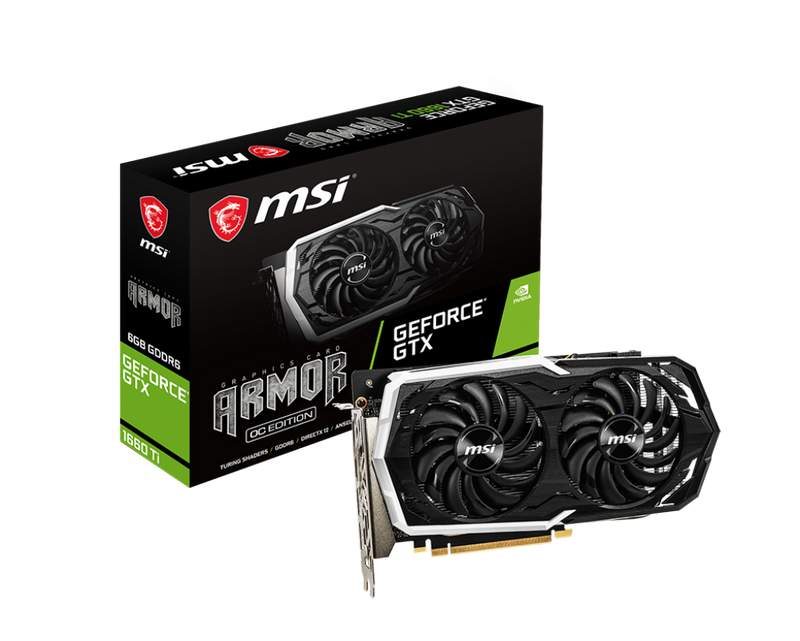 The ARMOR is the higher end of the two, sporting a dual-heatpipe heatsink which has nickel plating. Meanwhile, the VENTUS version only has a single copper heatpipe in the middle. Although both also come with backplates and have high-airflow rear IO brackets. Both also share the same 3x DP 1.4 and 1x HDMI 2.0 display output.  In terms of performance, the VENTUS XS has a clock speed of 1830MHz, while the ARMOR is slightly faster at 1860MHz.

What About One with RGB LED? 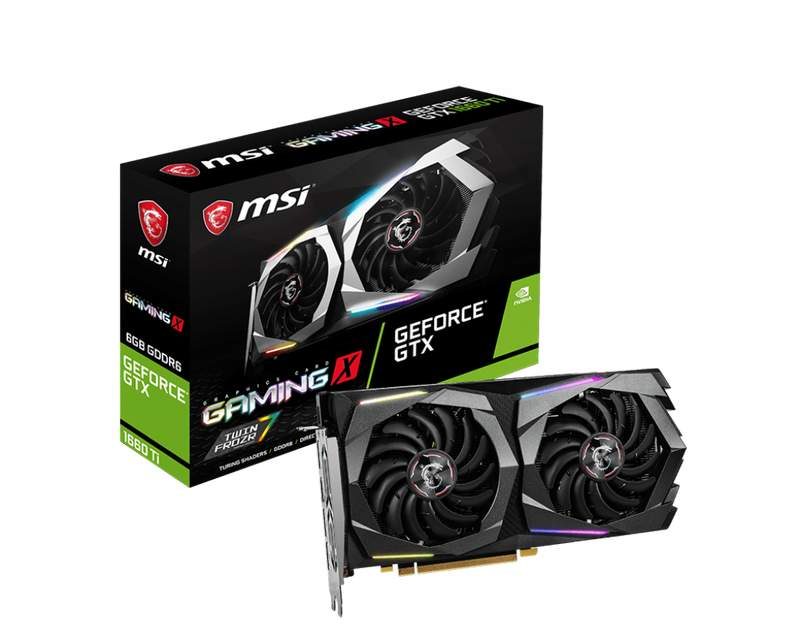 Lastly, the highest-end GTX 1660 Ti option so far from MSI is the GTX 1660 Ti Gaming X 6G. It uses a pair of the latest TORX 3.0 fan design, along with the new Twin Frozr 7 thermal design. This comprises of concentrated nickel plated heatpipes along with a stiffening brace which doubles as a heatsink on the PCB.

It also comes with a backplate similar to the VENTUS XS and ARMOR variants. What sets it apart however, is its inclusion of RGB LED for aesthetics. There is lighting on the shroud accents as well as along the sides. It also has the highest clock speed of 1875MHz, which is faster than all other MSI GTX 1660 Ti variants.