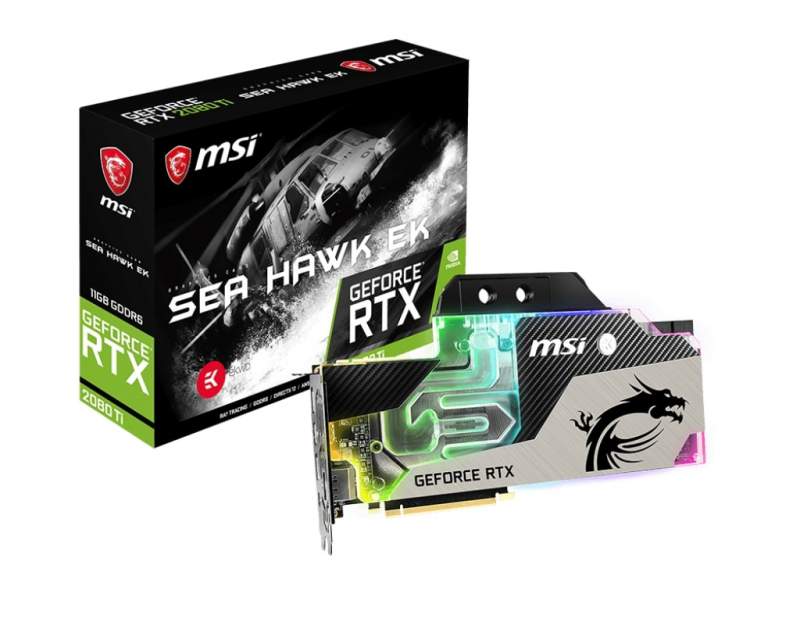 MSI has now unveiled their Sea Hawk EK line of pre-waterblocked video cards. As the name suggests, they are partnering up with EKWB to provide the custom block, fitted on top of their RTX 20-series graphics card.

This waterblock is uniquely designed for MSI graphics card, adorned with carbon fibre accents and has the MSI Dragon logo printed on the aluminium part. 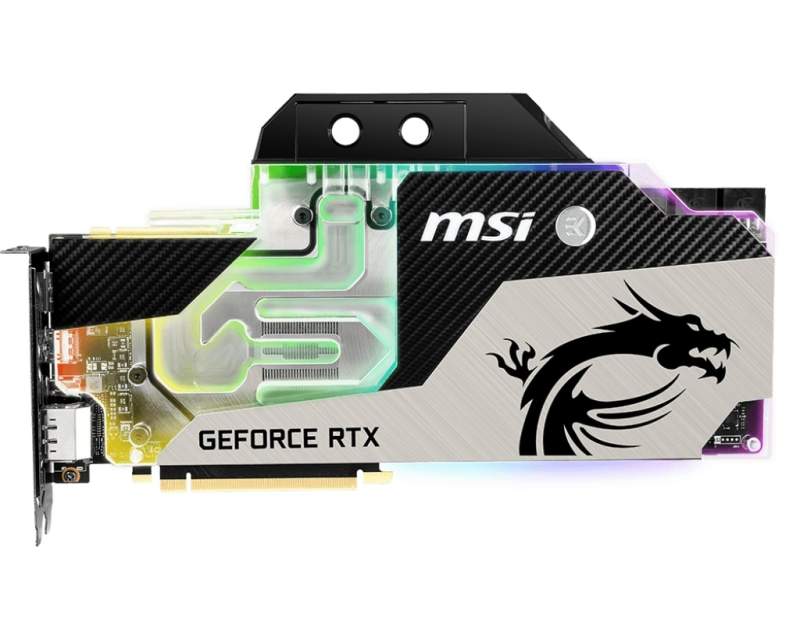 The rest of the block has a clear glass acrylic that provides full view of the cooling engine. The liquid flow patch covers all critical components like GPU, memory and PWM as well as other critical components; this results in superior thermal performance. It also makes the RGB LED lighting stand out and illuminate the coolant flowing through inside. 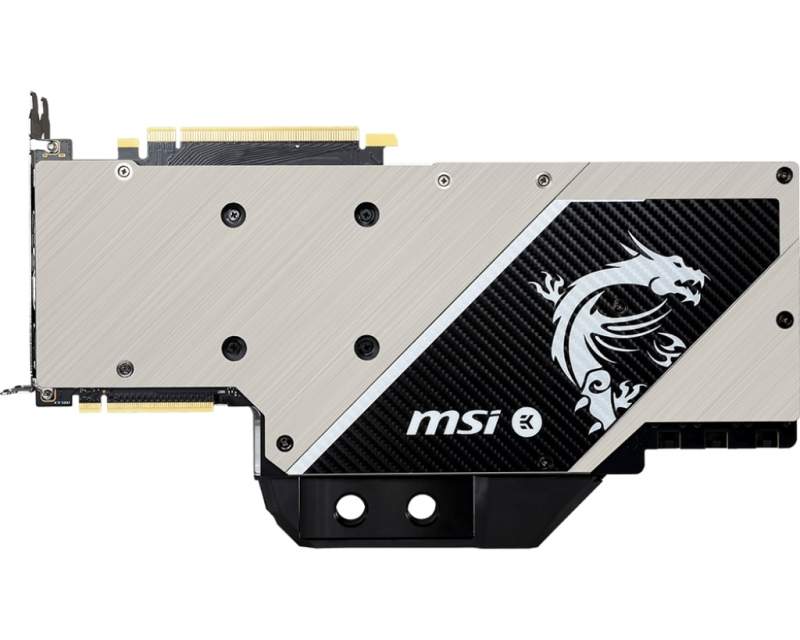 There are also integrated G1/4 thread connectors on the side as well as a brushed aluminium backplate. Like the front side, this also has the carbon fibre accent and the MSI Dragon logo printed on it. The screws for the front block seem to be accessible from the back, so there is no need to remove the backplate when servicing the front area.

What Kind of Connector Options are Available on the RTX 2080 Ti Sea Hawk EK?

For display output, there are three full size DP 1.4, one HDMI 2.0b and one USB-C port in the rear. Unlike some video cards however, the MSI RTX 2080 Ti uses up two slots due to one of the DP ports positioned above. That is despite the fact that the block assembly itself can fit in a single slot. 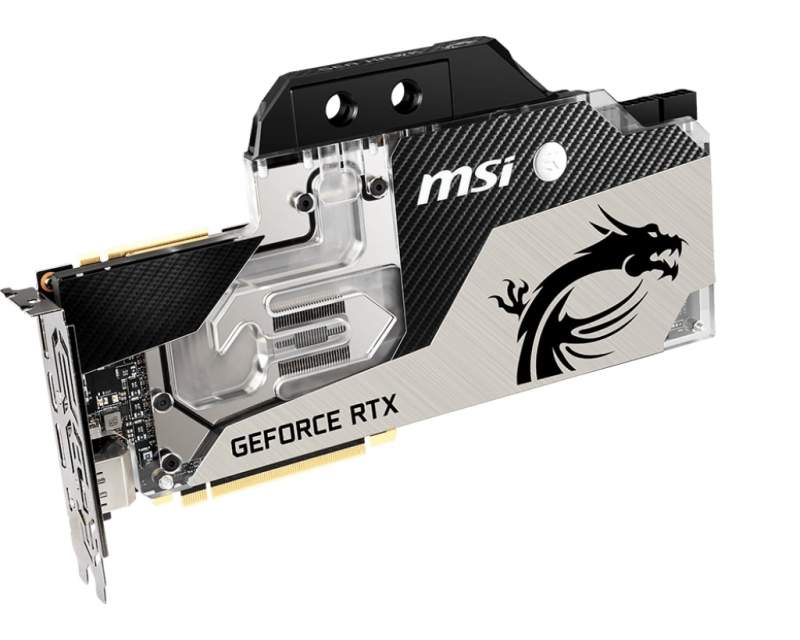 In terms of power, there are two 8-pin and one 6-pin power connector available. Which is quite crazy because NVIDIA imposes voltage locks on Turing.