MSI Monitor Gets Shot By a Gun And Still Works! 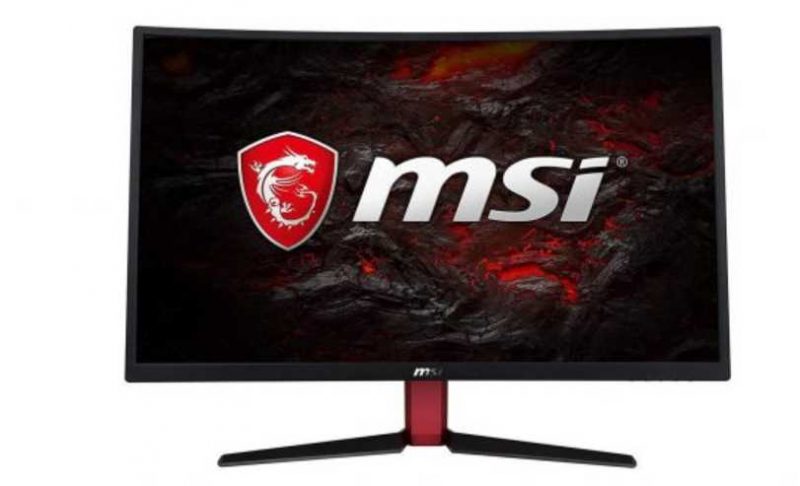 In there is one thing that I’m pretty certain of, it’s that if I ever had the misfortune to be shot by a gun, I probably wouldn’t feel much up to working. There are, of course, stories of Elvis Presley shooting out TVs and lightbulbs, but this takes it to a whole new level. Following a Twitter posting, a person who was the unintended victim of a shooting has reported how his MSI monitor was shot, and amazingly still worked fine! 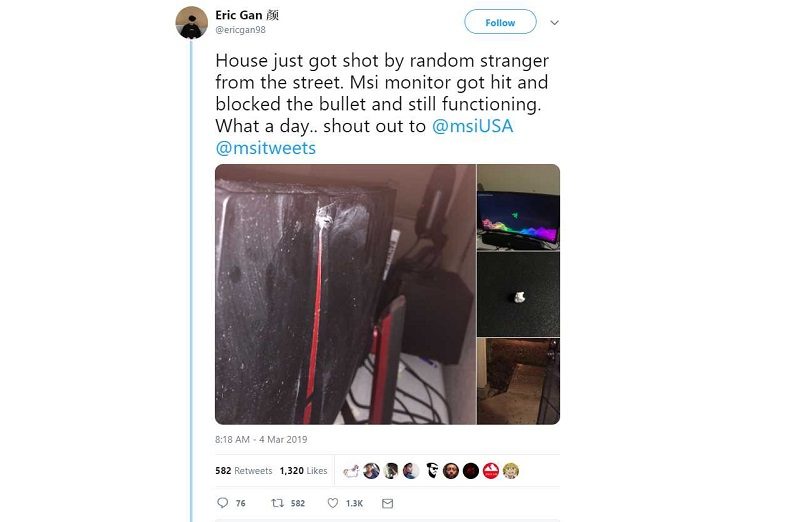 In the Twitter post (which you can check out here) Eric Gan reported that his house was seemingly randomly shot at five times with a gun. While many of the bullets struck his wall, one just happens to hit his MSI Optix G27C2 monitor. As can be seen in the post above, however, the bullet remarkably stopped and, even more amazingly, the monitor itself still works!

If anyone ever needed convincing that MSI monitor design was bulletproof, this is a literal example! – We did, incidentally, review a very similar MSI monitor, albeit we didn’t shoot at it in our testing. Guess we’re not thorough enough in that department! 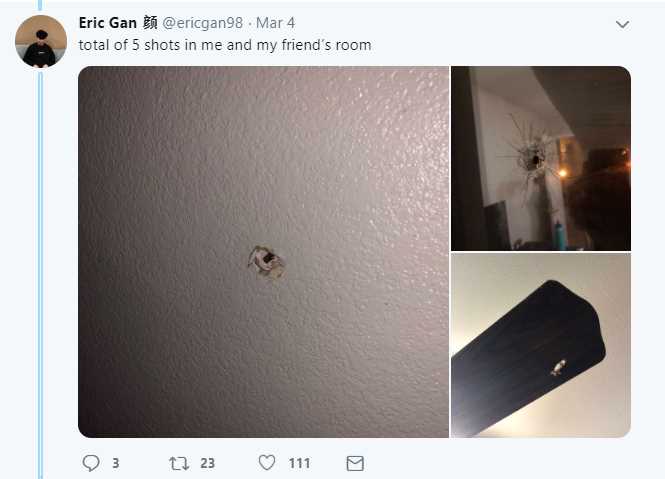 How Is This Even Possible?

To prove that his account was true, he posted a follow-up post showing the various bullet holes throughout his room. While MSI might be delighted that their monitor withstood the blast, there is a more likely explanation for its survival that quality craftsmanship. So please read before you go blasting your monitor to test it. The chances are that the hit on the monitor was not direct. Given that there were 5 shots and the state of the bullet… It’s likely the monitor was hit indirectly via a ricochet.

That being said though, to still withstand the impact and be running near perfectly is amazing!