The 7950 Twin Frozr II box is nicely designed and includes a large image of the cooler, surrounded by frost. The main features of the cooler are listed, with some bold claims of being 10 degrees celsius cooler and 13.7dBA quieter. 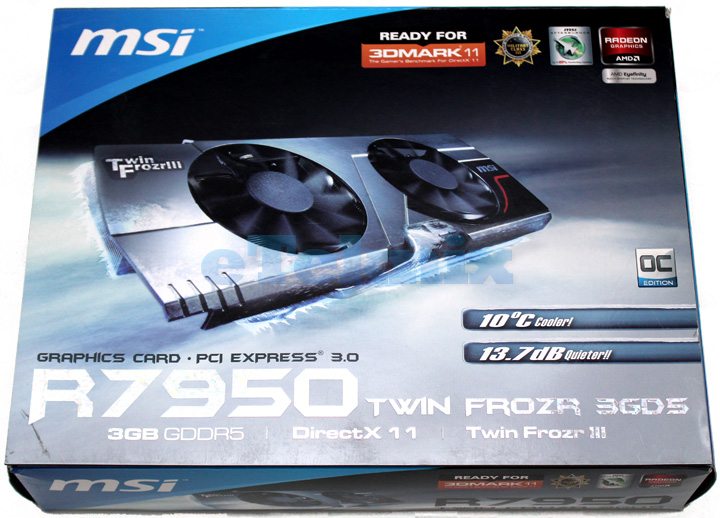 The front of the box has an opening which allows the front flap to reveal more information about MSI. This includes information on MSI Afterburner, Military Class III components and a little bit about what our friends over at TweakTown have said about this card. 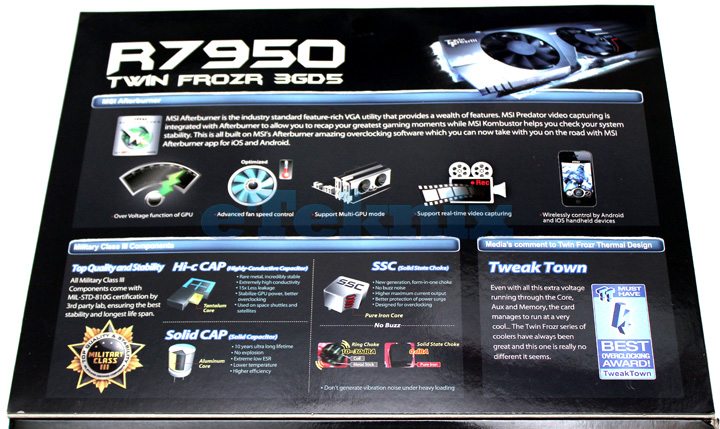 Once the front panel has been opened up, it also reveals more information on the Twin Frozr III thermal design including the blades used, heatsink and comparison between other coolers. 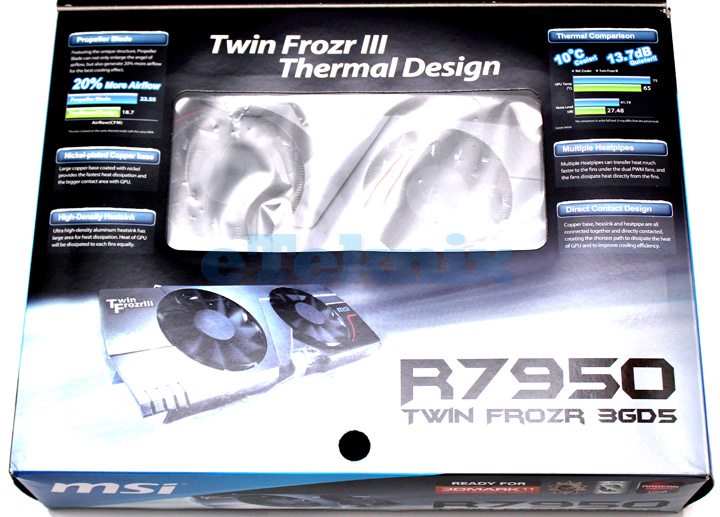 The rear of the box talks more in-depth about the features, main specifications and minimum system requirements of the card. 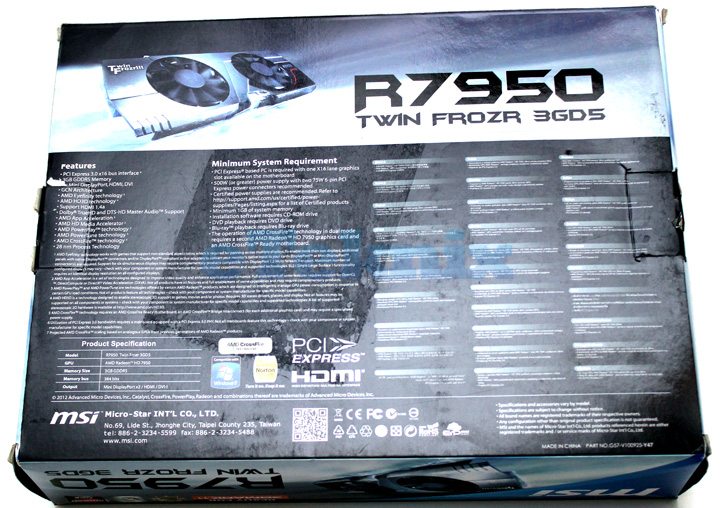 Taking a look inside, we find a quick user’s guide, documentation and a driver installation disc. 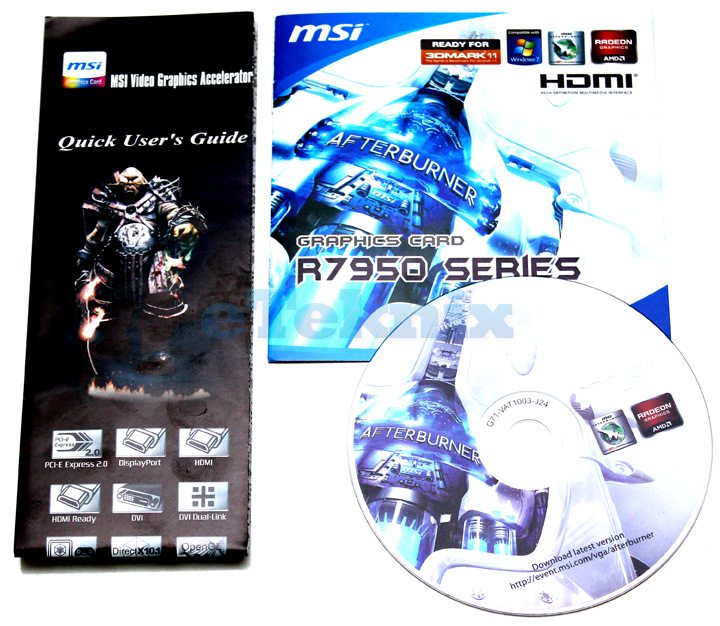 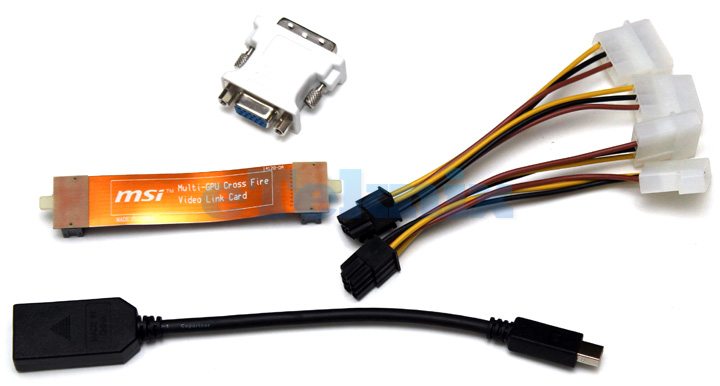