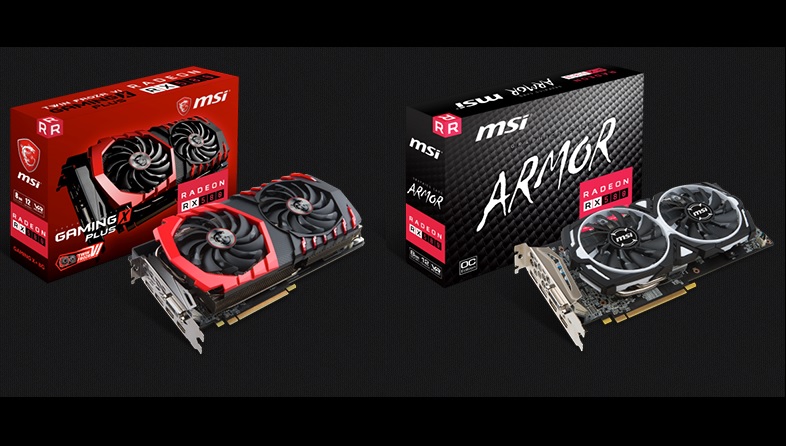 MSI’s Gaming X line sports the usual black and red color scheme and will be available for the RX 580 and RX 570 series in four different sub-models: Gaming X, Gaming X+, Gaming X Plus and Gaming Plus. Each Gaming X model is equipped with a Twin Frozr VI Thermal design that uses silent MSI TORX Fan 2.0 generating 22% more air pressure for better cooling performance while further reducing noise levels. Aside from the fan, thick 8mm nickel plated copper heatpipes move the heat away from the GPU core and critical components and into the aluminium fin array.

Aside from the red and black Gaming line, MSI’s Radeon RX 570 and Radeon RX 580 will also be available for their black and white ARMOR series which matches perfectly aesthetically to their KRAIT line of motherboards. These are lined up to be more affordable than the RX 500 Gaming line, lacking the backplate and RGB LED capabilities although it is still has a very capable nickel-plated copper heatpipe heatsink and dual TORX fans that can shut down when the GPU load is low. 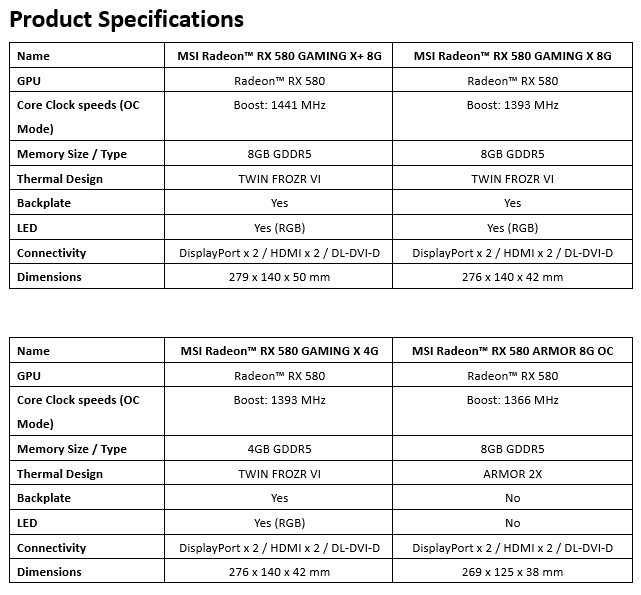 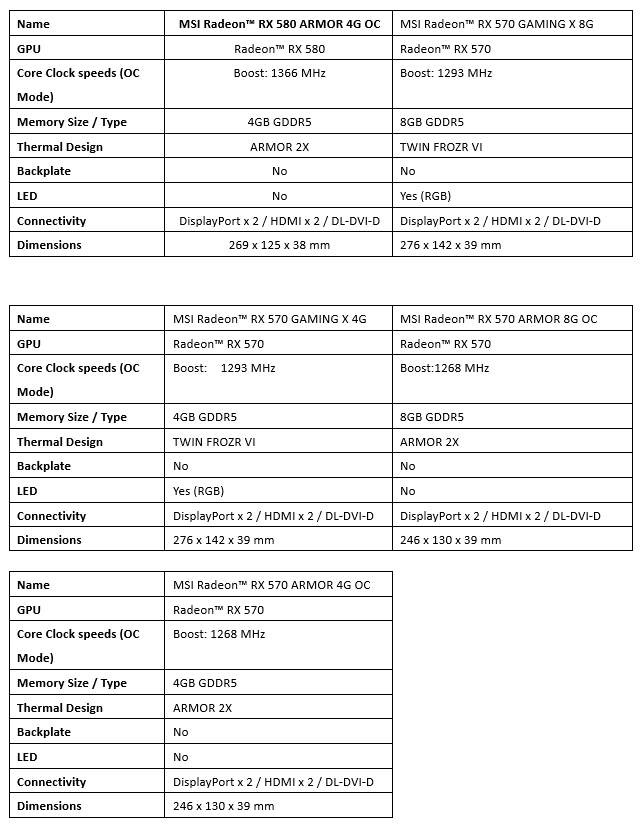