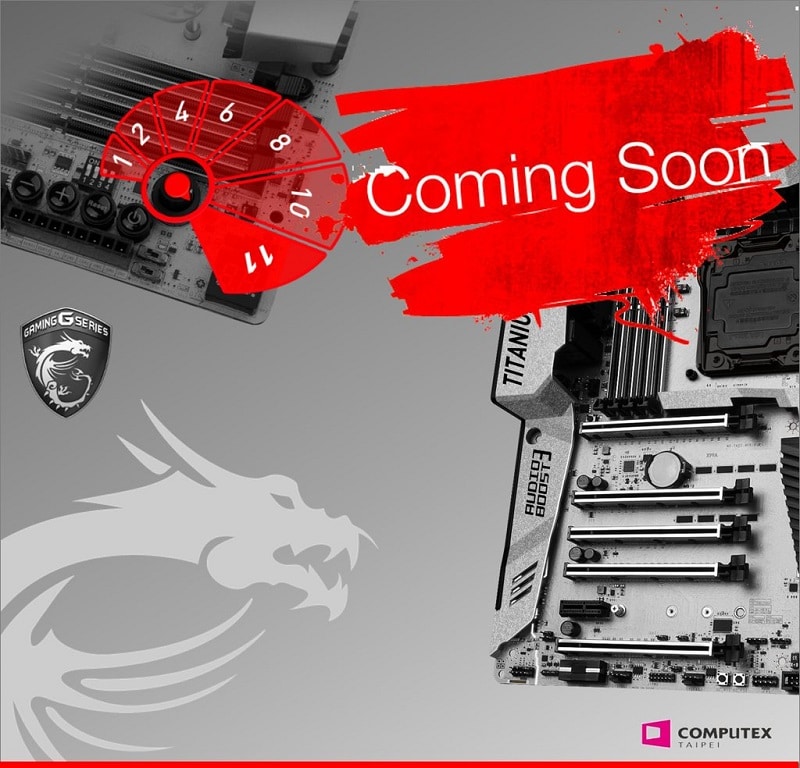 Not one to be left behind, MSI is making sure they’re ready for Broadwell-E. Set to arrive shortly, the new CPU lineup brings the first consumer deca-core CPU in the form of the i7 6950X. To supplement current X99 LGA 2011-3 motherboards, MSI has already released the X99A GODLIKE GAMING CARBON. For Computex. we’re also getting the new X99A XPOWER Gaming Titanium.

Unlike the X99A GODLIKE GAMING CARBON and X99A GODLIKE GAMING CARBON, the Titanium boards shun the black that has permeated PCB design, opting instead for a white one. The white PCN is adorned with metallic silver heatsinks and backed by the now industry standard LED backlighting. Honestly, the PCB is actually more metallic silver than white in my eyes. The motherboard also sports MSI’s Military Class V components, Ultra M.2, U.2, 5 PCIe x16 and numerous other connectors.

Set to be showcased at Computex, we’ll be sure to bring you the latest updates from Taipei. Honestly, remembering the yellow PCBs of old, motherboard vendors have done a terrific job in making motherboards something you would want to show off rather than hide. With AM4 set to arrive from AMD as well, I can’t wait to see those boards as well at Computex.