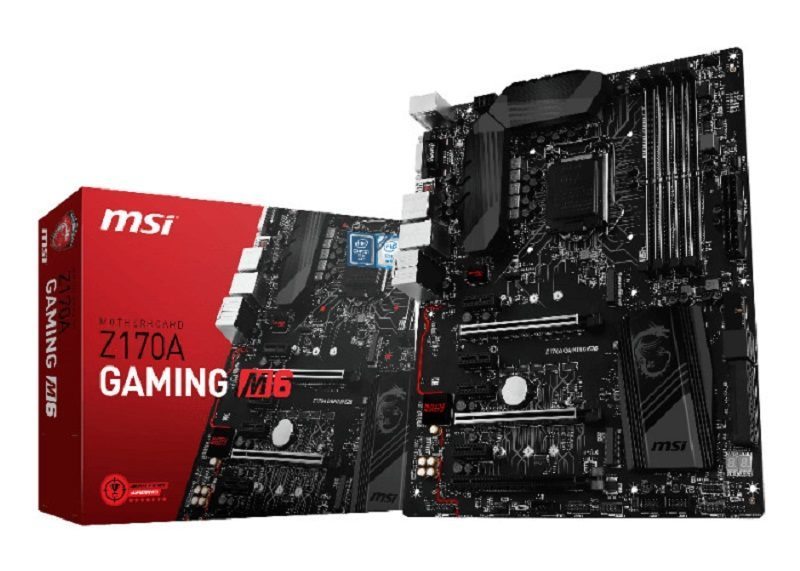 Boasting a generous list of gaming-related features, the brand new Z170A Gaming M6 motherboard by MSI is a perfect solution for those of you who expect nothing but the best as far as performance is concerned. This includes actual gaming performance as well as audio quality and loading times, all of which are enhanced by this perfect MSI product. As far as looks are concerned, the Z170A Gaming M6 comes with a grey colorway, but there are also a few bold red touches here and there for a plus of contrast. What really makes this motherboard stand out when compared to other offerings is that it comes with  Lightning USB and the next generation Killer networking technology.

The board’s next generation Lighting Asmedia 2142 USB 3.1 Gen2 controller chip runs at PCIe Gen3 x2 (16Gb/s), which is about twice as fast when compared to traditional ASMedia 1142 USB 3.1 controller chips. Furthermore, MSI’s exclusive USB Speed Up technology helped create the fastest USB 3.1 Gen2 solution on the market presently, which is an impressive feat. Chewei Lin, President of ASMedia, issued the following statement regarding this awesome product:

“For the best user experience and to achieve the highest data transferring speeds through USB 3.1 Gen2, ASMedia Technology Inc. closely worked with top motherboard vendor MSI to develop and test the new ASM 2142 ultra-high-speed USB controller. Tuned and optimized on MSI GAMING motherboards, we are allowed to use the latest & greatest technology to perfect hardware design, while giving the opportunity to optimize the driver at the same time. ASMedia and MSI are setting the bar in data transfer speeds over USB. Thanks to MSI’s long partnership with Rivet Networks, the MSI Z170A GAMING M6 will feature the next generation of Killer Networking technology ensuring MSI gamers stay one step ahead of their competition. Details about this new technology will be officially revealed later this month.”

Other highlights of the new Z170A Gaming M6 include support for M.2 SSDs, as well as an M.2 Genie function in the BIOS that allows users to create a RAID 0 configuration for the SSD used to boot the operating system or load up the games.