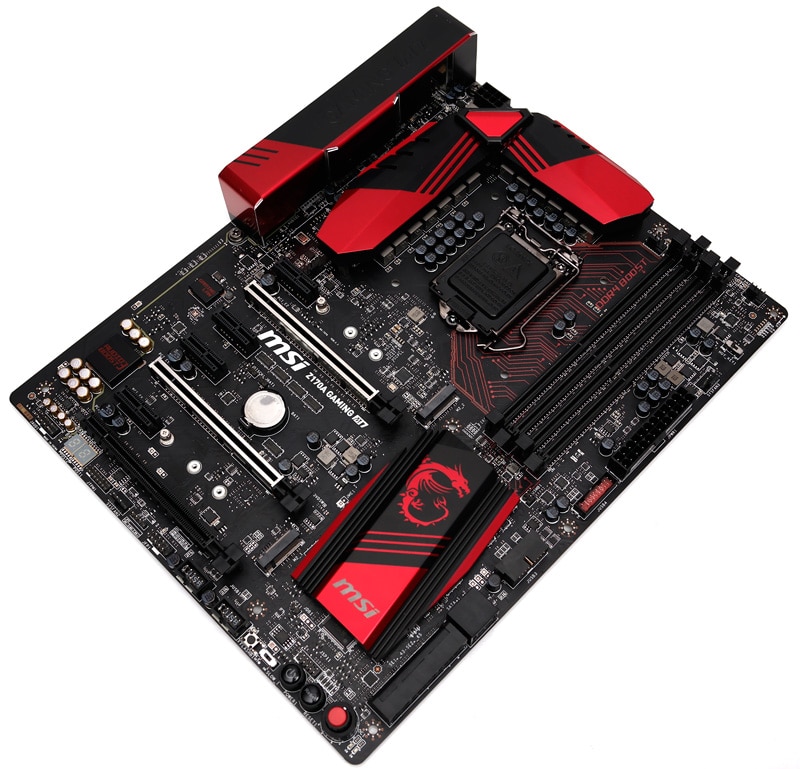 The Intel Z170 chipset has landed, and with it comes the launch of the Intel Skylake processors in the form of the i5-6600K and i7-6700K. The Z170 chipset has been upgraded in almost every way. The RAM has been changed from DDR3(L) to DDR4, which brings with it exceptionally high speeds and transfer rates compared to DDR3. Along with this, the chipset can handle up to 20 PCIe 3.0 lanes (up to 8Gb/s) compared to the mere 8 PCIe 2.0 (up to 5Gb/s) of Z97 and up to 10x USB 3.0 ports compared to 6x on Z97. It seems that the start of workstation connectivity and expansion has finally trickled its way down to the mainstream consumer level.

MSI is one of the big players in today’s motherboard market, producing such motherboards like the amazing X99A GODLIKE and the striking Krait series that we’ve reviewed in the past. The feather in the cap is the Gaming range, stretching from laptops, graphics card and motherboards, all the way down to SLI bridges. MSI produce multiple motherboards with each Gaming series motherboard launch and no matter what version you choose; you know you’ll be using some of the best quality components and experiencing one of the best gaming sensations possible.

With the Z170 launch, there are three Gaming motherboards; the M5, M7 and M9 ACK. The Gaming M7 is, as you would expect, the middle of the Gaming M range. Now the M doesn’t mean MSI or microATX, it actually means Master; which leaves the impression that these are going to be the best of the best when it comes to the Z170 range of gaming motherboards. Thanks to the previous release of the X99A GODLIKE motherboard, some of its features have been adopted onto this board; such as the metal strengthening brackets covering the PCIe lanes and the metal I/O cover. As detailed earlier, the Z170 platform has the use of many more PCIe lanes, so this motherboard has not one, but two M.2 sockets which can utilise RAID 0 thanks to the extra PCI-Express functionality.

Let’s get straight in and see what else this motherboard has to offer and if the extra features and functionality actually offer up extra performance in the real world. 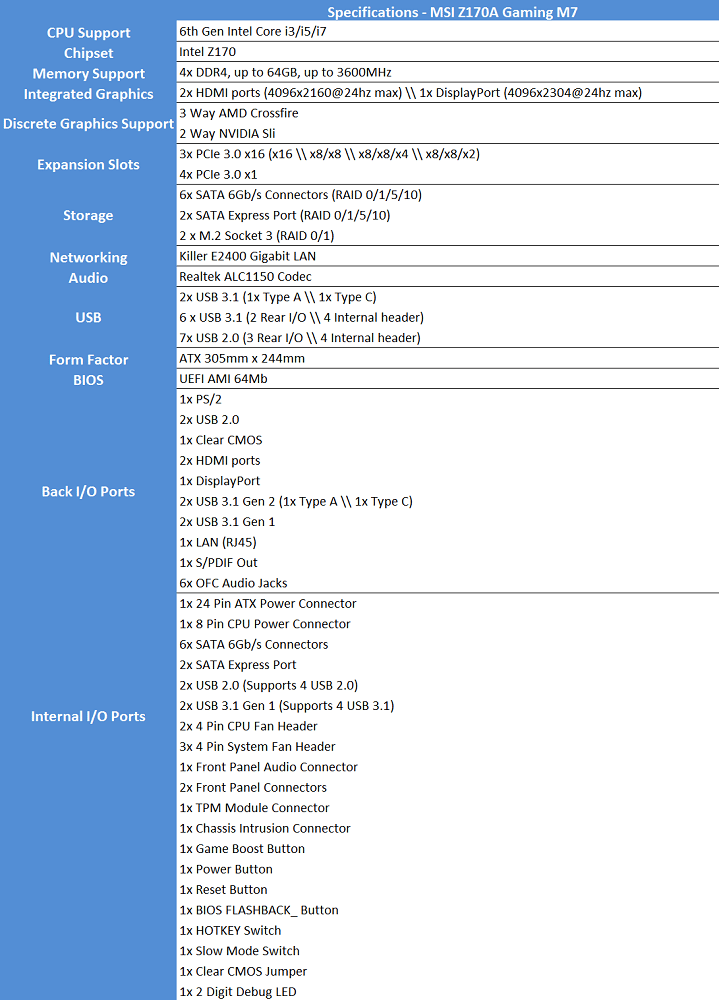 Manufacturers nowadays need to find innovative ways to stand out from the crowd, MSI is no exception and has crammed a huge array of features into this motherboard and its software.

The box features a brand new design, focusing on the motherboard and the red gaming design. 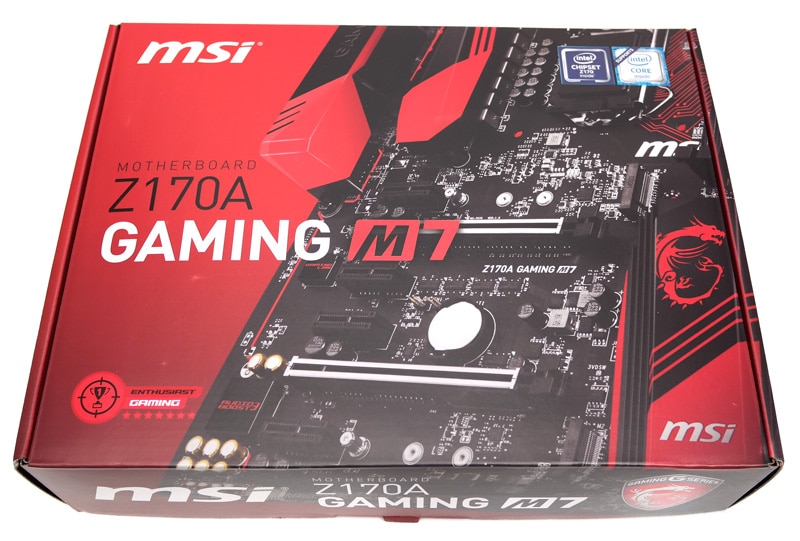 The back of the box is full of key details about the board and its features. 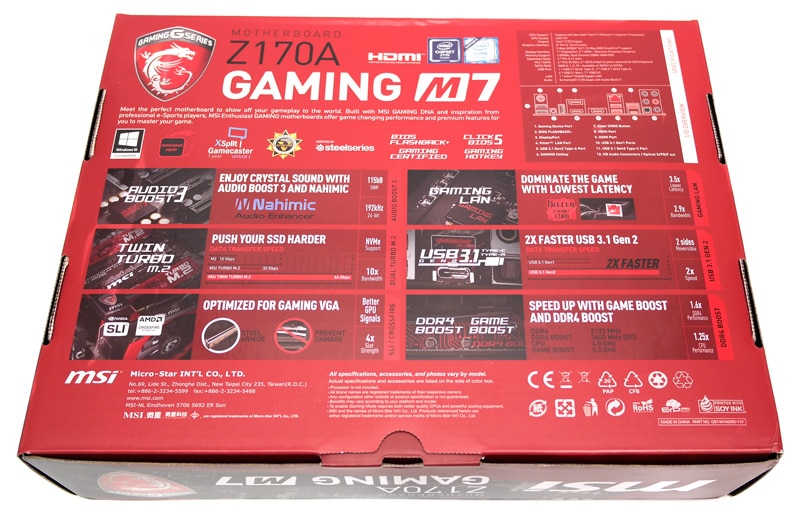 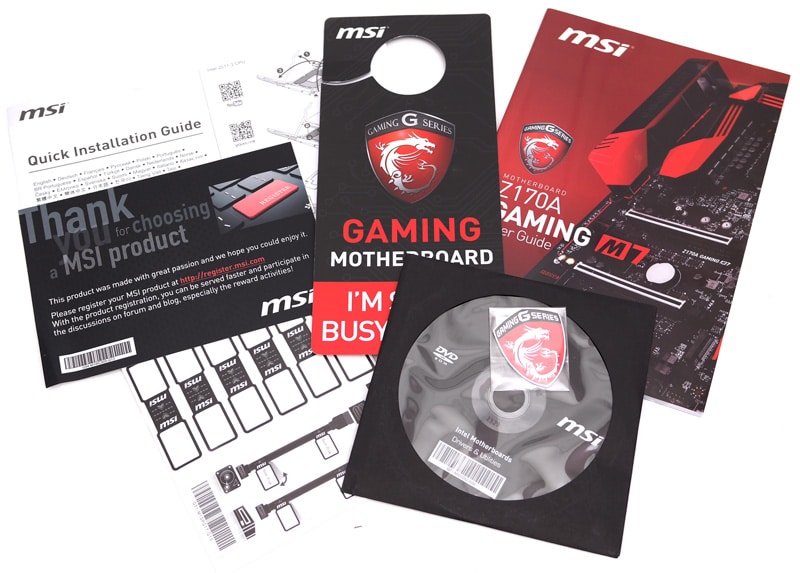 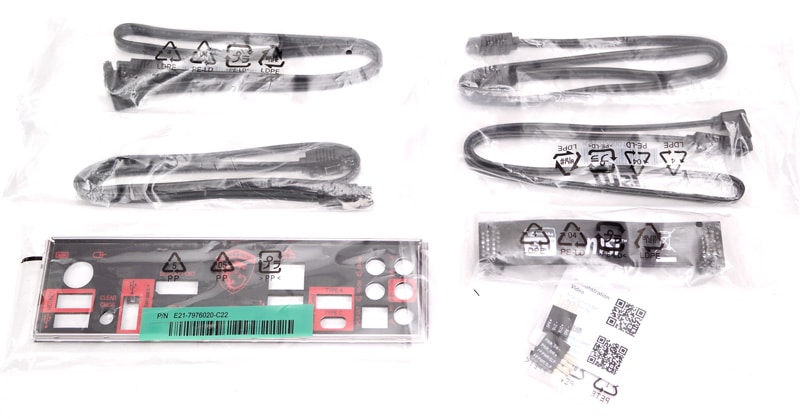