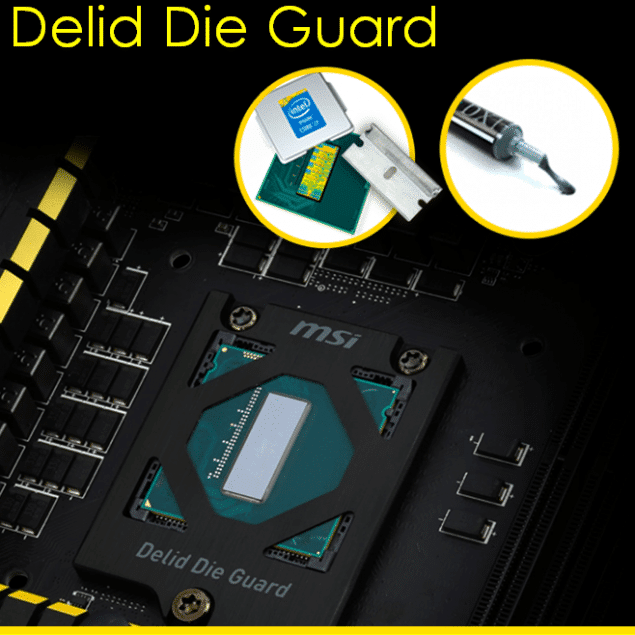 With recent generations of CPU’s suffering from low quality TIM between the heatspreader and the CPU die, many enthusiasts have been using delid CPU’s, in which they’ve removed the protective cover to either swap out the TIM for something better, or to use the CPU without its protective lid. Applying a CPU cooler directly to the CPU die can work wonders for cooling, but obviously comes with a fair amount of risk in terms of damaging the CPU.

Enthusiasts are keen to squeeze any performance they can from their system, especially those with a big focus on overclocking performance and the new Core i7-4790K from the Haswell refresh is likely to be a prime choice for many enthusiasts. MSI have already won a lot of praise for overclocking support, but their new generation of motherboards will support Delid Haswell and Haswell Refresh processors right out of the box.

The Z97 XPOWER AC will have the latest Delid Die Guard included, which will provide protection for the rest of the CPU and give you a good mount for any cooling components. Are you brave enough to flip the hood off of your new high-end CPU? I know I’m not.

Thank you WCCF for providing us with this information.