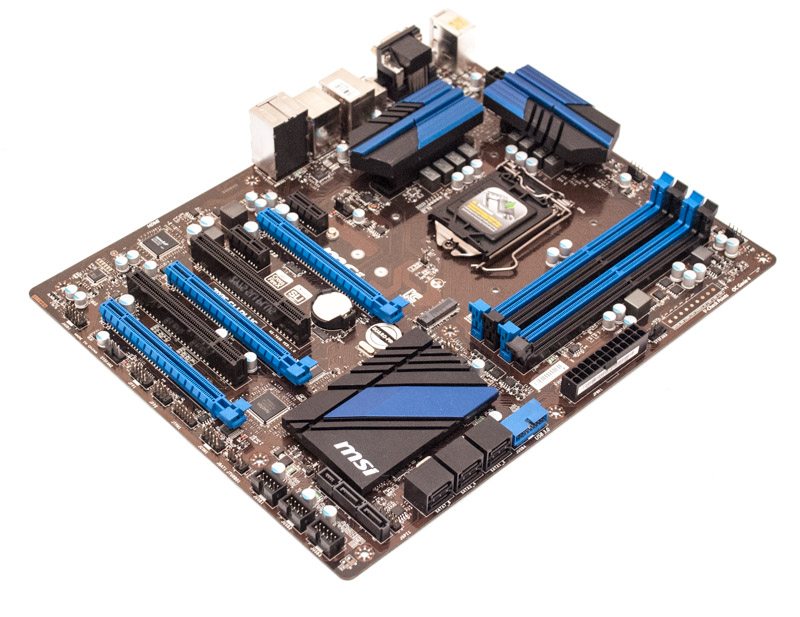 Something that becomes apparently obvious with the motherboards I review on a regular basis is that most of them have too many features for the average user. That’s too many in the sense that most of them would go unused but mainly it is too many in that it adds unnecessary cost. Let’s face it none of us would say no to extra features if we didn’t have to pay for them, even if they remained unused.

In the Z97 space, MSI appear to have come up with a solution to that problem with their Z97S SLI PLUS motherboard. Sure it isn’t the prettiest motherboard available sporting the Z97 chipset, neither is it the most feature rich but what it does have going for it is a well struck-up balance of pricing and features. For around £100 in the UK, or $135 in the USA, the MSI Z97S SLI PLUS offers you a feature rich platform which includes SATA III, SATA Express, M.2, USB 3.0, SLI and CrossFire support, a UEFI BIOS, Intel Gigabit Ethernet, a decent amount of fan connectivity and solid audio. The colour scheme does seem a little confusing with a combination of a brown PCB and blue/black heatsinks, so this is definitely aimed at being a motherboard for people without side panel windows. 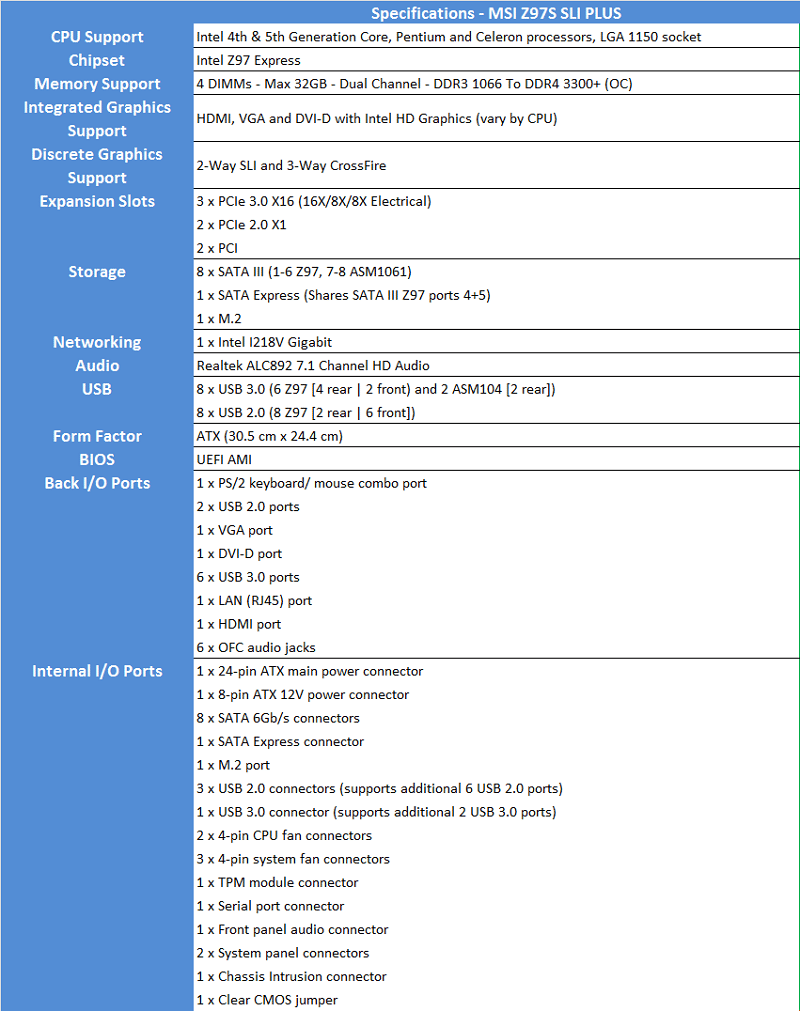 MSI have pitched the board in a strange way. Despite clearly gearing this board towards SLI users the box draws upon the stability, reliability and protection mechanisms rather than things like the PCIe configurations. 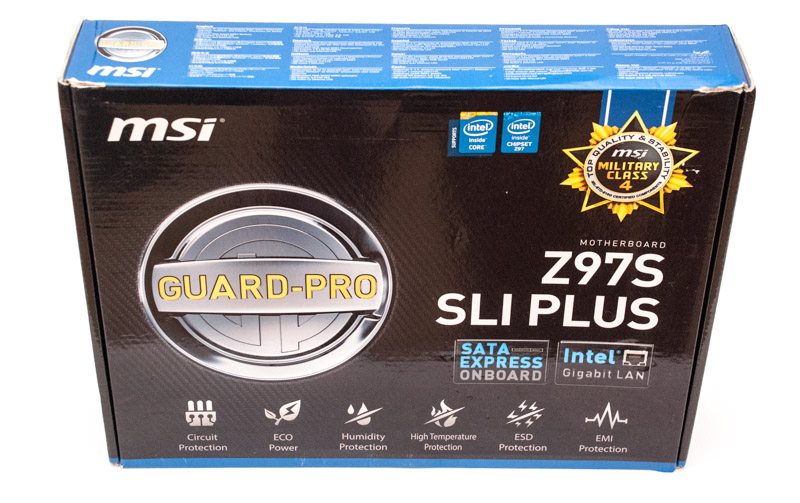 On the back we find MSI pushing their components and protection mechanisms such as circuit protection, EMI protection and ESD protection. 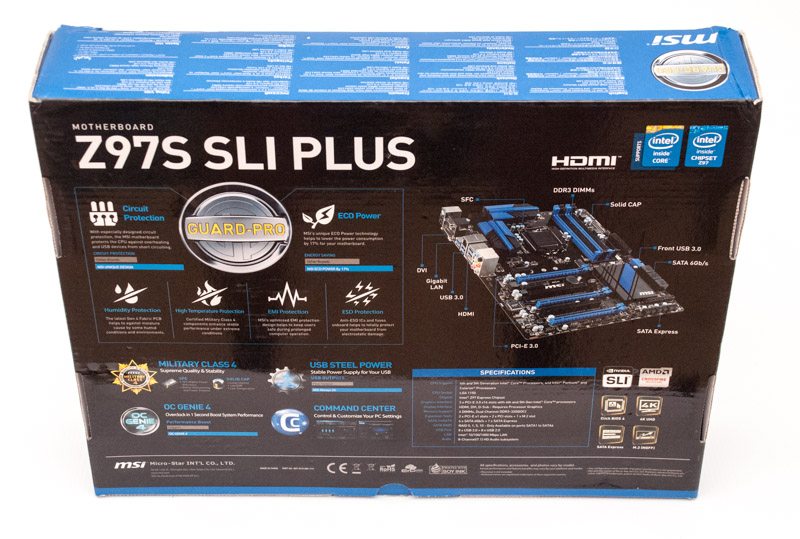 The accessory bundle includes some documentation, a utility DVD, a labelled rear I/O plate, a SLI bridge and four SATA cables. That’s quite a lot for a seemingly budget board. 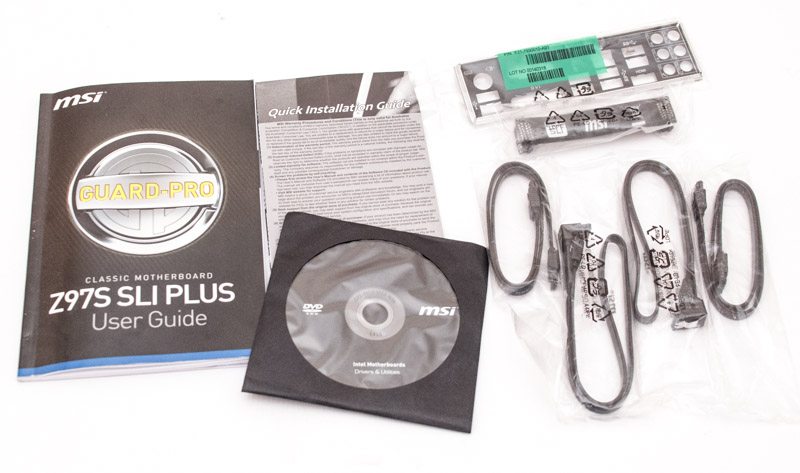