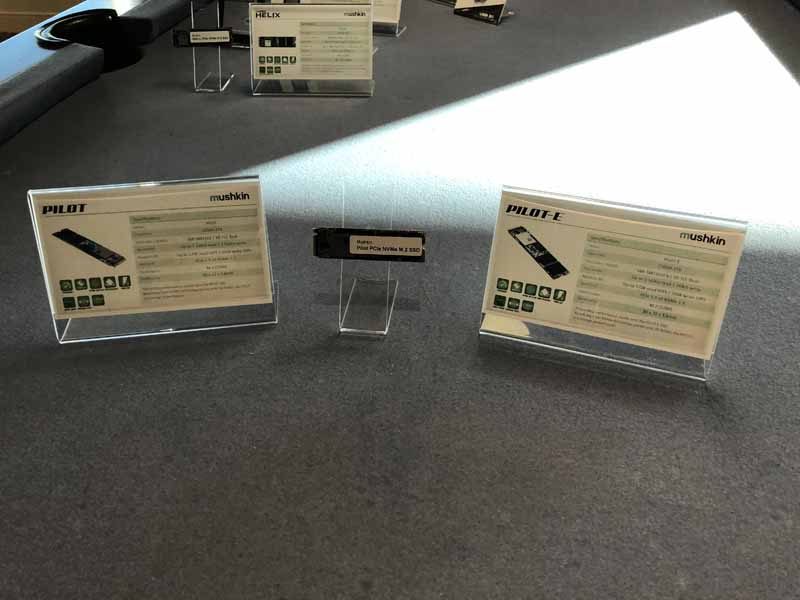 Muskin‘s new Pilot and Pilot-E NVMe drives were on display at CES 2018 too, not just the Helix-L and Triactor 3D drives. Both the Pilot and Pilot-E are PCIe NVMe M.2 drives with 3D TLC NAND. The standard form factor makes the drives compatible with most modern systems and the specifications should make them wanted by users.

Muskin Pilot is the sensitive of the two new family members, but that doesn’t mean you should skip ahead already. The M.2 2280 PCIe NVMe SSD comes in capacity options ranging from 120GB and up to 2TB. This is achieved by using one of Silicon Motion’s SM2262 controller and 3D TLC NAND. 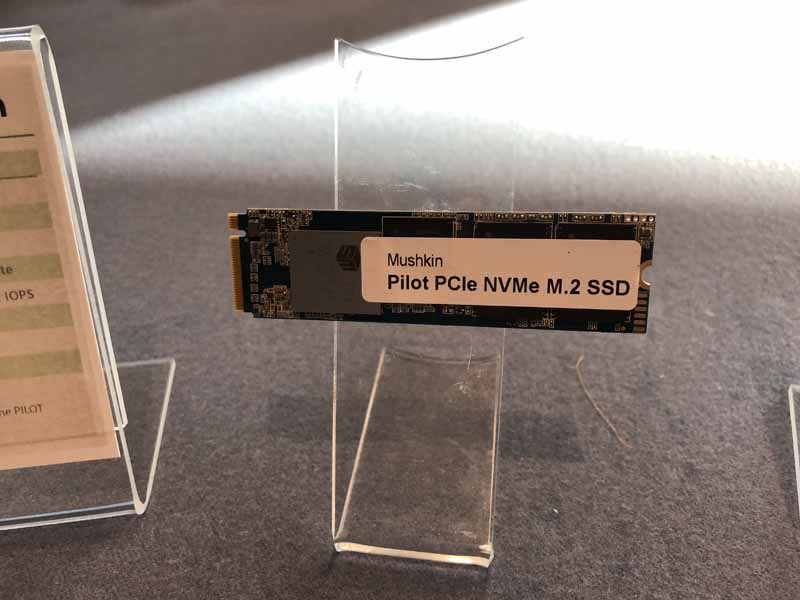 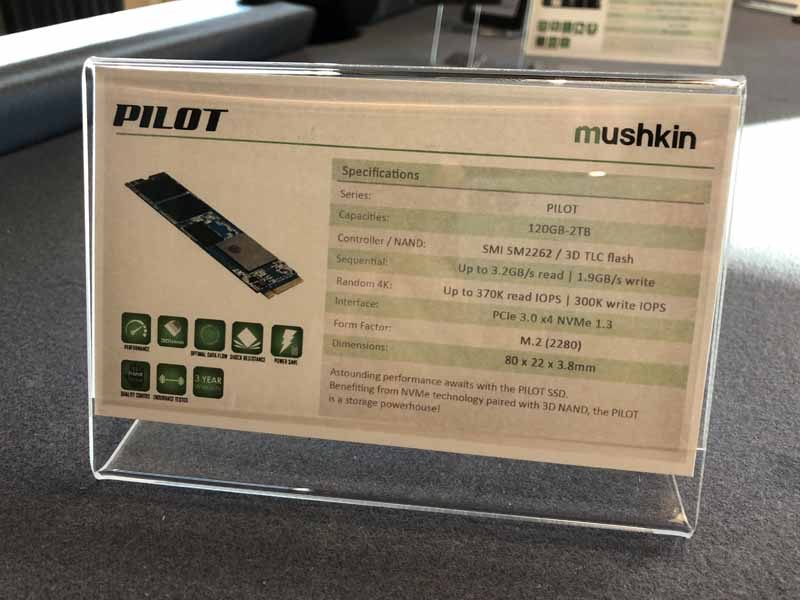 With the Pilot-E NVMe SSD, Muskin kicks it up another notch. The Pilot-E is available from 250GB and up to 2TB capacities. The controller used here is a Silicon Motion SM2262EN and the NAND is 3D TLC just as the Pilot. 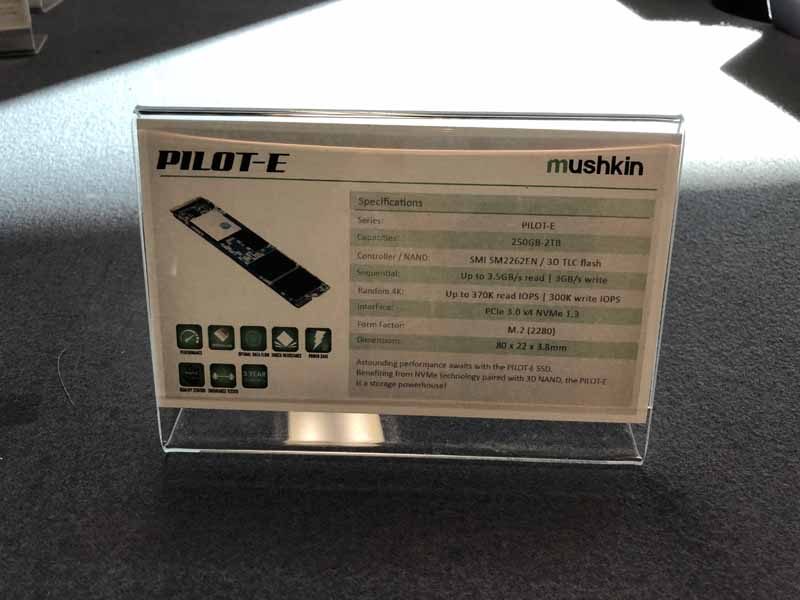 Currently, we do not know when the new Pilot and Pilot-E drives will be available. We don’t know the MSRP either, but we’ll keep you informed in both areas.