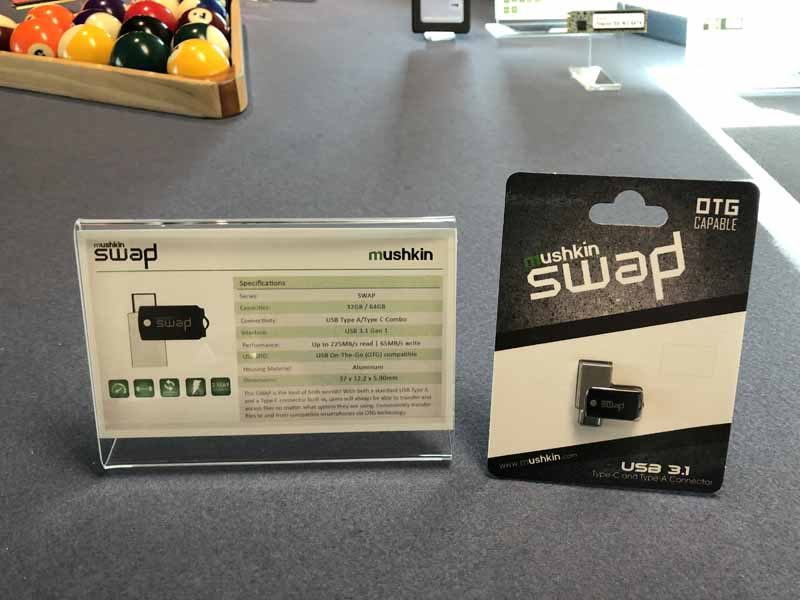 Storage is also for people on the go and Mushkin showcased some options for this at CES 2018. Mushkin brought their new Swap OTG capable flash drive and the new CarbonEXT portable SSD.

Mobile phone storage can easily be limited, even if you have an SD card inserted. It can also be a hassle to transfer files from your mobile phone and onto other systems via Wi-Fi. Both things can be helped with the new Mushkin Swap. Now, the concept as such isn’t new, but the drive is.

The Swap has a Type-C port on one side and a Type-A on the other. That makes it perfect for modern phones who have discarded the micro USB port in favour of the new Type-C 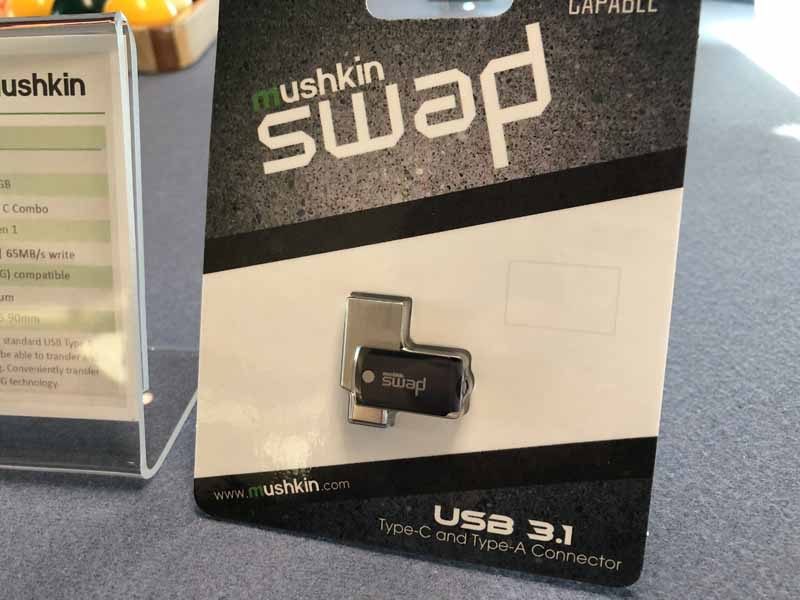 We are still dealing with a flash drive and that does have its impact on the performance. At least if you compare it to an SSD. Still, we get a great performance of up to 225MB/s while the write performance is rated at 65MB/s. The flash drive comes in two capacity options, 32GB or 64GB, and it is fully OTG compatible for use with Android mobile phones. The drive’s housing is made of aluminium which should make it durable too. 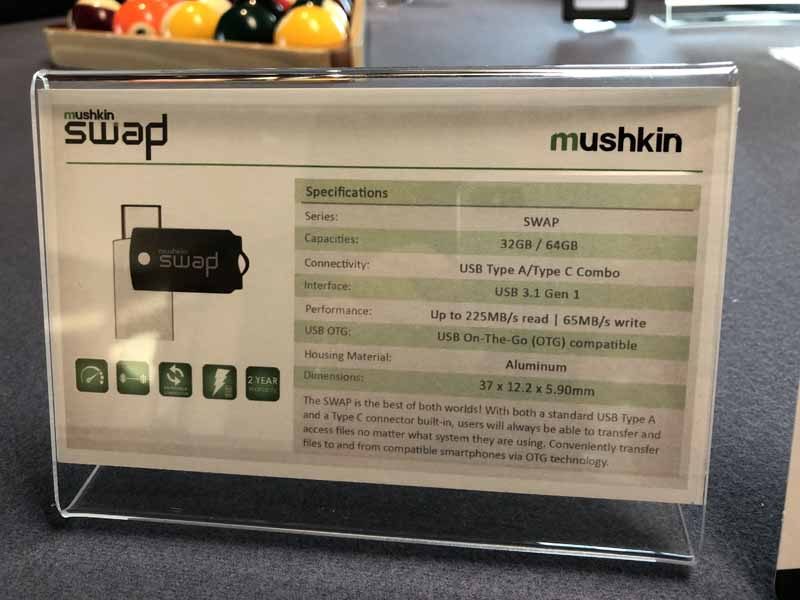 If 64GB capacity isn’t enough when you’re on the go, then Mushkin has their new CarbonEXT portable USB SSD as an option. With options ranging from 120GB to 1TB, most users needs should be covered. 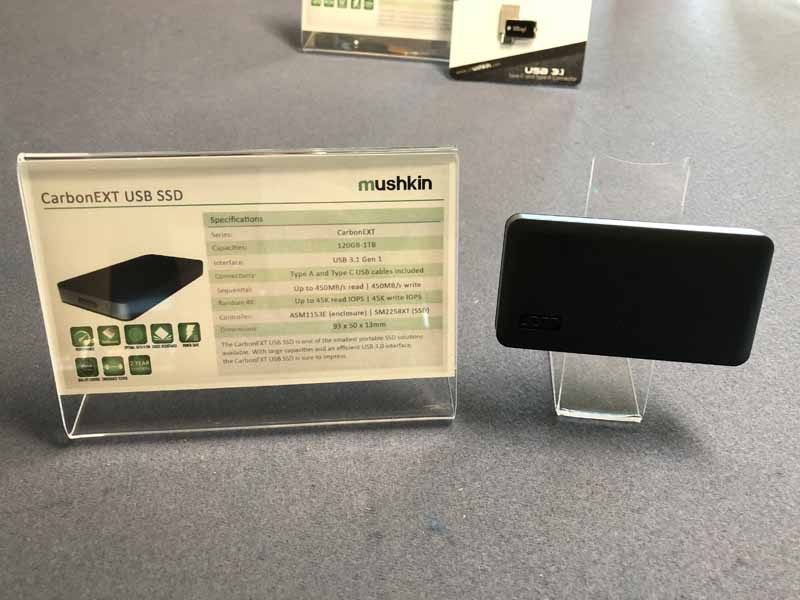 The CarbonEXT USB SSD connects through a USB-B connector and comes with both a Type-A and a Type-C connector cable included. 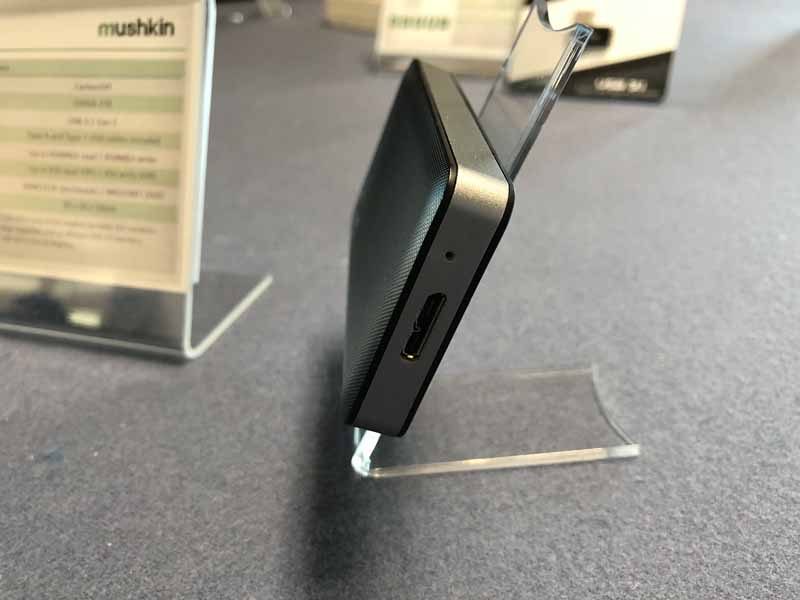 The drive is SATA based and it utilizes the USB 3.1 Gen.1 protocol with up to 5 Gbps throughput. That allows the drive to offer up to 450MB/s read performance and 450MB/s write performance. The random read and write performance both come in at 45K IOPS which isn’t bad at all for an external drive. 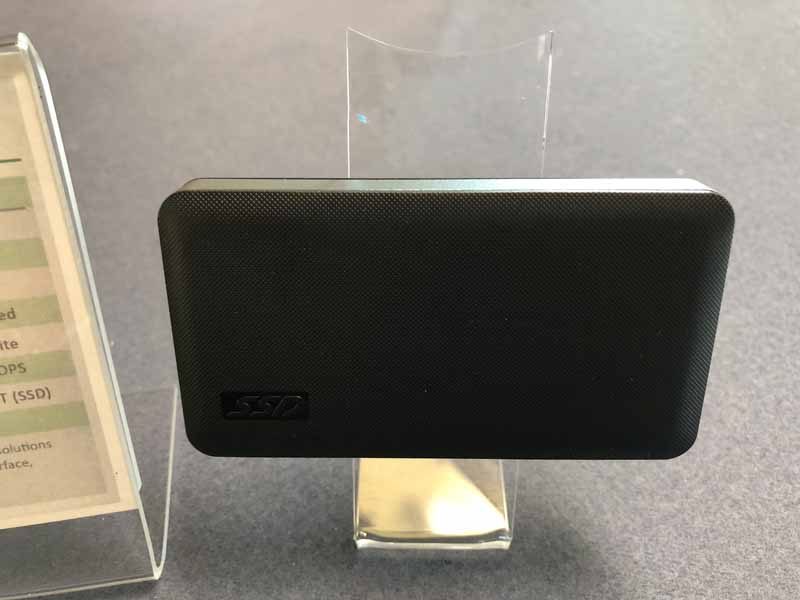 The enclosure is using an ASMedia ASM1153E controller while the drive itself is using Silicon Motion’s SM2258XT SSD. 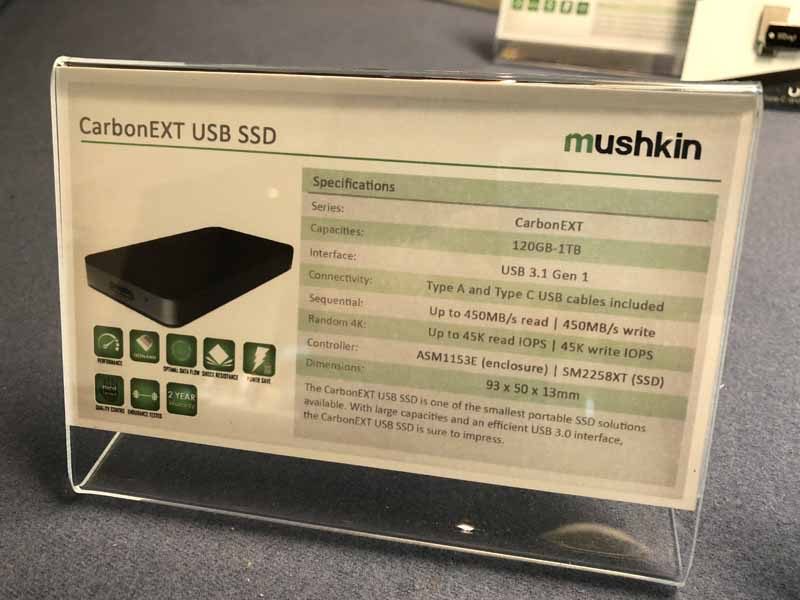