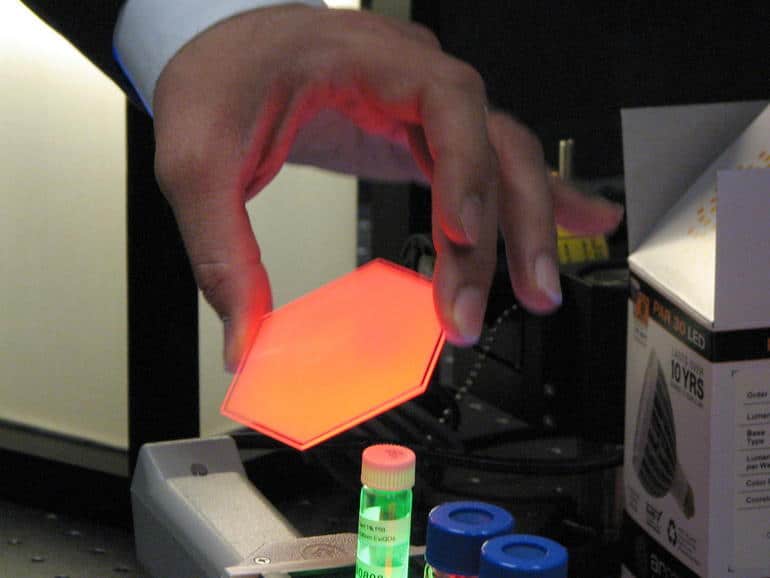 When hearing the name ‘Colloidal Quantum Dots’, minds fly away to science-fiction scenarios and technologies far from reach. Actually, the name has been given to a new form of solid nanoparticles.

It is said that the newly discovered nanoparticles could eventually contribute to the creation of cheaper, lighter and more flexible solar cells. A few examples were also given, having the nanoparticles in question considered to make better sensors, infrared lasers, remote controls, LEDs and even satellites.

The colloidal quantum dots were discovered at the University of Toronto by a group of scientists led by researcher Zhijun Ning and professor Ted Sargent, having the group achieve more efficient light absorption in the material by solving a problem in which a type of semiconductor would lose its electrons when exposed to the oxygen in the air. In the end, the group came up with the new material which remains rich in electrons despite being exposed to the oxygen.

The scientists find a lot of potential in the colloidal quantum dots, having been stated that they could eventually be added to inks or paints. Considering the latter, roofs and other buildings could eventually become solar panels themselves, leading to cheaper solar power and electricity.

However, the technology is not yet fully understood and tested. Considering its potential though, a lot of indie entrepreneurs should be extremely eager to get their hands on the new technology and flood the Kickstarter campaigns with new ideas and gadgets.