NASA Report that Jupiter is Experiencing a Crazy Storm 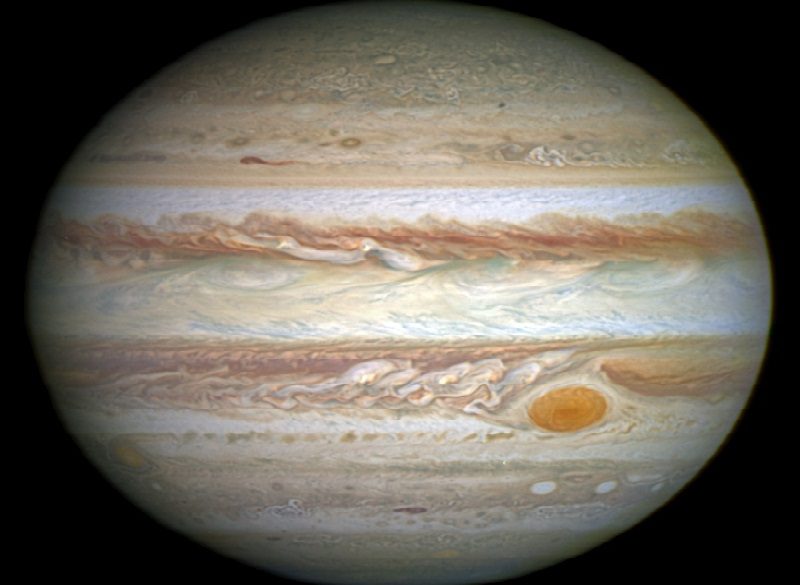 Jupiter is the largest planet in our solar system. I know this because I just Google’d it to make sure. At roughly 300 times the size of Earth, the planet dwarfs everything else, except the sun, in our local area.

With the Juno satellite keeping an eye on the planet, it also is sending back to Earth some amazing images. One of the most recent released by NASA shows that Jupiter is (or was) experiencing a crazy storm in the atmosphere. I say was, as it has taken about 2-3 weeks for the image to get back here and for NASA scientists to tidy it up a little.

Unfortunately for the cash-strapped Space Agency, this is about the best we get a the moment as NASA confirmed that they were unable at present to fund any missions to Mars.

Forget Mars though. This image clearly shows that something crazy is currently happening on Jupiter. 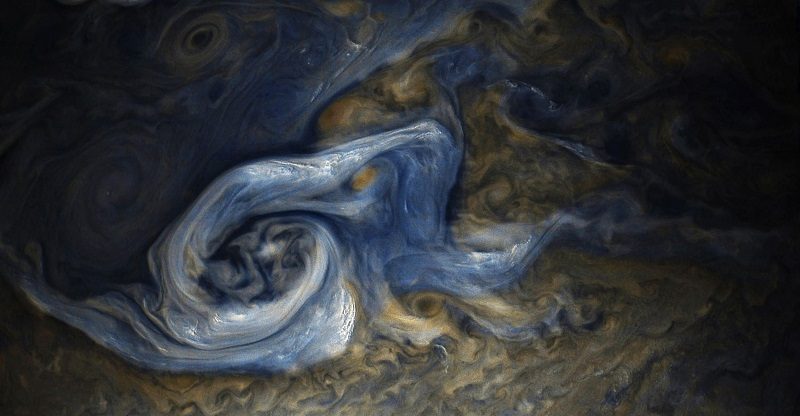 So, time to grab the umbrella?

In a report via CNET, NASA has reported that it is: “expected to be updrafts of ammonia ice crystals possibly mixed with water ice.” A bit of a drab description of something that looks so incredible.

The image was taken from the Juno satellite at just over 6,000 from the cloud tops. Following it being sent back to Earth, scientists Gerald Eichstadt and Sean Doran worked to process the image to give us the glorious insight.

While some have compared it to possibly be a portal to hell, I think it looks amazing.

While NASA continues to work with Russia to plan a space-station on the Moon, we at least have images like this to remind us that space and our neighboring planets are simply amazing.

What do you think? Amazingly beautiful? A possible invasion force? Portal to Hell? – Let us know in the comments!