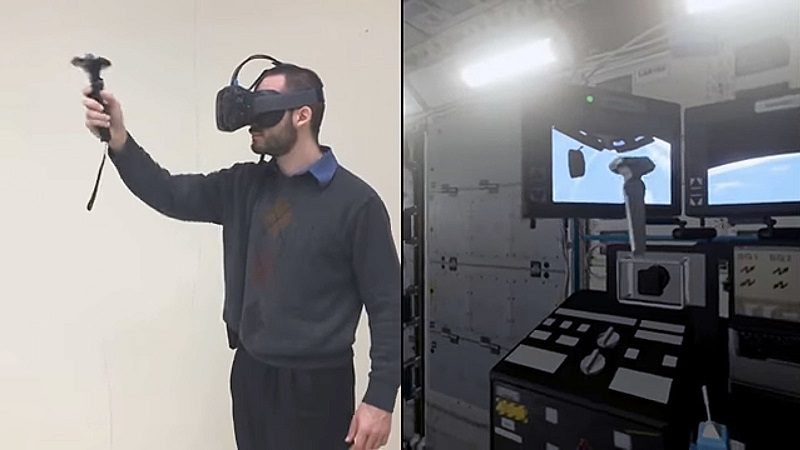 NASA’s traditional training program for astronauts usually includes the use of zero-G airplane rides, underwater movement and other complex schemes but their latest tool is something many gamers are familiar with—The Unreal Engine 4 in virtual reality. Current virtual reality technology mixed with the advanced graphics engines can reliably simulate astronaut work environments, allowing trainers to provide tasks for trainees to do in the virtual environment which can include driving a rover, piloting a spacecraft or navigating around the international space station.

Using Unreal Engine 4 allows NASA to also have closer to realistic physics when in the virtual reality training environment for the astronauts. The engine also allows NASA to have a networked simulated environment that lets astronauts to train with other candidates from remote parts of the world without delay. This setup also drops the cost of training significantly compared to traditional methods, plus the tasks themselves can easily be built using Blueprint’s scripting system and the Unreal Engine’s native integration with VR headsets allows for a quicker project deployment.

In addition to having a visual simulation, NASA can also incorporate the virtual reality part of the training with their Active-Response Gravity Off-load System (ARGOS), for a full tactile zero-G simulated experience that was only once possible by actually sending astronauts up in to the atmosphere.

“Using the latest game engine technology, we are literally able to put our crew in space while they are still on earth”, according to Matthew Noyes, NASA software engineer.